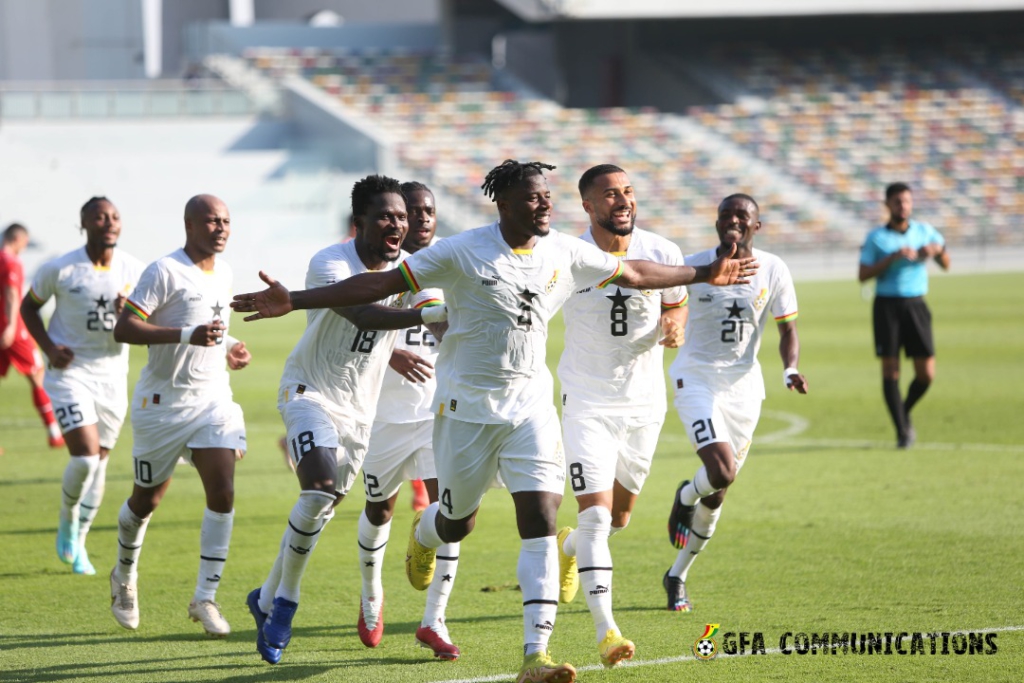 Otto Addo’s swagger Black Stars picked an impressive 2-0 win against Switzerland to set the tone for the clash against Portugal in their 2022 World Cup Group H opener.

Debut goals from Mohammed Salisu and Antoine Semenyo were enough for Ghana to send Portugal a warning ahead of the meeting on November 24.

Ghana created the better chances from the start and had to wait 20 minutes to the end of the game to score the opener.

Switzerland had the first sight at goal six minutes in but Ruben Vergas, who was set free at the left side of attack, sliced his effort wide before Daniel Afriyie’s shot was collected calmly by Sommer minutes later.

Jordan Ayew recorded Ghana’s second shot on target after 23 minutes with a feeble effort from the edge of the box.

Inaki Williams missed the target by a whisker from a well-taken Jordan Ayew corner in the 32nd minute.

The Black Stars’ best chance came with two minutes to the end of the first-half when Salisu skied a perfect Jordan Ayew set-piece. The first period ended 0-0.

Noah Okafor shot just over Ati-Zigi’s post two minutes into the second-half as the Swiss tried to catch Ghana cold.

Inaki Williams sent in a teasing cross from the right but Jordan Ayew arrived late to have made a connection.

Mohammed Salisu found the opener for Ghana after a few ricochets with a header that went into the right corner of the net in the 70th minute.

Salis Abdul Samed and Kamal Sowah were handed their debuts as Thomas Partey and Kudus were rested for the crucial clash against Portugal.

Allow more Ghanaians to own share in mining companies