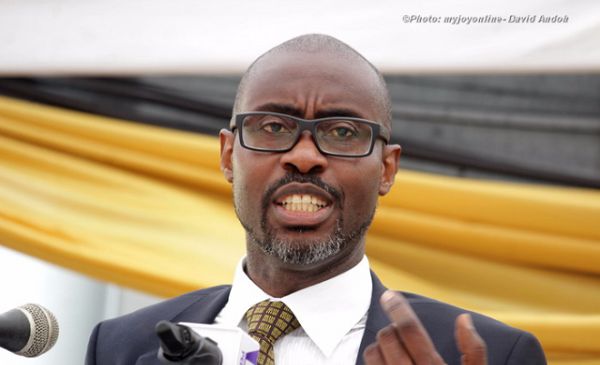 Private legal practitioner and law lecturer, Ace Anan Ankomah, has been inducted as a Fellow of the Ghana Academy of Arts and Sciences (GAAS).

He was elected to the Academy on June 16, 2022, on account of what the GAAS described as his “scholarship in the practice and development of the frontiers of law here in Ghana, particularly in the areas of dispute resolution, corporate law, taxation, and civil litigation and procedure”.

Mr Ankomah, who is a Senior Partner at the law firm of Bentsi-Enchill Letsa & Ankomah (BELA), was inducted together with 14 other new Fellows at the Academy’s Founder’s Week celebration in Accra on Tuesday, November 16.

Founded in November 1959, the GAAS is Ghana’s premiere learned society which aims to bring together the highest level of intellectuals, experts, and professionals in the country to constitute a think tank in the Arts and Sciences.

The Academy also advises government and other relevant bodies on issues of importance to national development.

Mr Ace Ankomah is an accomplished legal practitioner. From 2010-2020, he served as the Managing Partner of BELA, one of the foremost Law Firms in Ghana, which pioneered the development of digitisation of legal resources in Ghana.

He graduated from the University of Ghana in 1990 with a Bachelor of Laws (LL. B), after which he enrolled into the Ghana School of Law, leaving with a Qualification Certificate in Law in 1992. From 1993-1994, he pursued a Masters of Law (LL.M) at the Queen’s University in Canada, specialising in International Taxation.

He was a Research Assistant in International taxation at Queen’s University, and from 1997-2003, he was a Lecturer in Company Law at the University of Ghana Business School.

From 2005 to 2012, Mr Ankomah taught Civil Procedure as a Senior Lecturer at the Ghana School of Law, Accra.

He has made significant contributions to the growth and development of the law in Ghana by challenging through litigation, some establishment principles, which got the Supreme Court to alter its positions.

He convinced the Supreme Court that the non-use of discretionary power could constitute an abuse of power under the Constitution, leading to a landmark decision mandating the Auditor-General to disallow and surcharge all infractions.

Mr Ankomah, who is a Member of the Ghana Bar Association, also attained distinction in the field of Arbitration and has written and practised law in the area of Alternative Dispute Resolution.