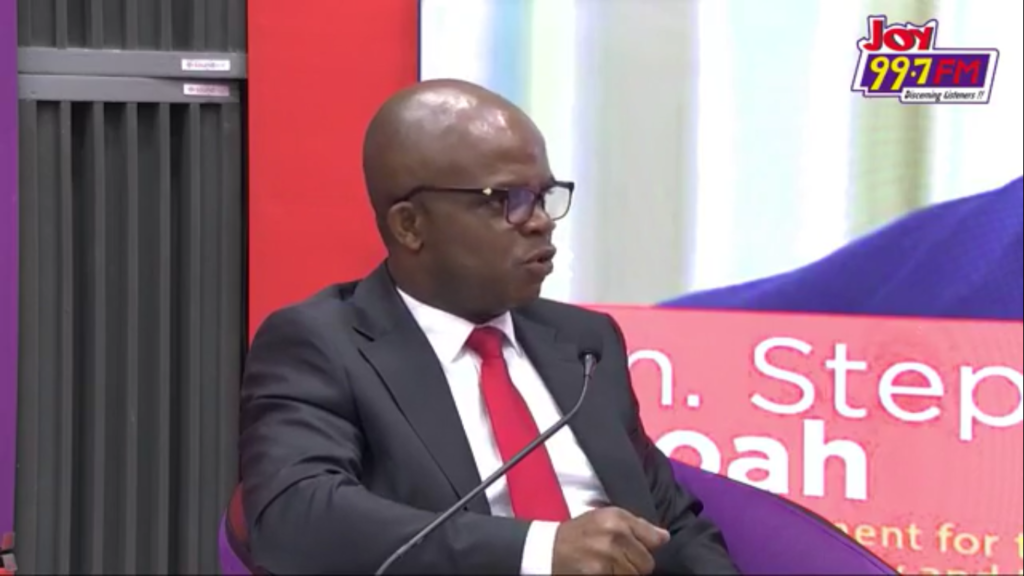 Member of Parliament for Nhyiaeso, Dr. Stephen Amoah, has questioned the principles and mode of operations of Investigative Journalist, Anas Aremeyaw Anas.

Anas in his documentaries expose state officials including judges and politicians. The latest to have been exposed is former Minister of State at the Ministry of Finance, Charles Adu Boahen who was filmed engaging in influence peddling.

Mr. Adu Boahen is heard to have categorically stated that Vice President Mahamudu Bawumia needed $200,000 as an ‘appearance fee’ before meeting with supposed businessmen.

Reacting to the exposé, the Legislator said Charles Adu Boahen was compelled to take the hefty amount of dollars given to him as a ‘token’ although he was not right to have accepted the offer.

He argued that the edited footage which was shown to the public seemed to distort the whole story, thus the investigative journalist should air the full documentary for purposes of fairness to the implicated state official.

“I have nothing against Anas. I think he is also doing his best to contribute to fighting corruption, but he should do it in a way that would not seem like he has planned, he has built up conspiracy game theory to get people into trouble and for Ghanaians to have opinions.

“Many extracts that I have gotten from all of you indicated that Charles was very reluctant that does not also mean he was right in accepting the offers and so it was something like he was intimidated, it was put through his throat,” he said on Newsfile, Saturday.

Dr. Stephen Amoah, therefore, believes that the Award-winning Investigative Journalist must reconsider his mode of operations such that he avoids putting his subjects in awkward situations.

“I think Anas should redefine a new paradigm shift, the way he does his things so that you not really force or put people in a situation where they might not have gotten themselves into…let us look at the fact that one, he was intimidated, two, most of the offers were initiated by those who actually wanted to implicate him in the situation.”

Although he admits that the conduct by Charles Adu-Boahen is condemnable, Mr. Braimah contended that the “forcefulness” and “persistence” from Anas to offer gifts raises questions.

“Per what we watch in number 12 and the forcefulness, the persistence, the request, the inducement then makes it difficult for us to conclude that ordinarily if the conversation had gone on, would Mr. Adu Boahen eventually say now that we have concluded, how much will you give me and all of that we cannot conclude,” he noted.

Currently, the Special Prosecutor is investigating the corruption allegations against Charles Adu Boahen.

He has since been dismissed from office.

Nobody has the right to be a Minister; Ofori-Atta must go – ACEP Director