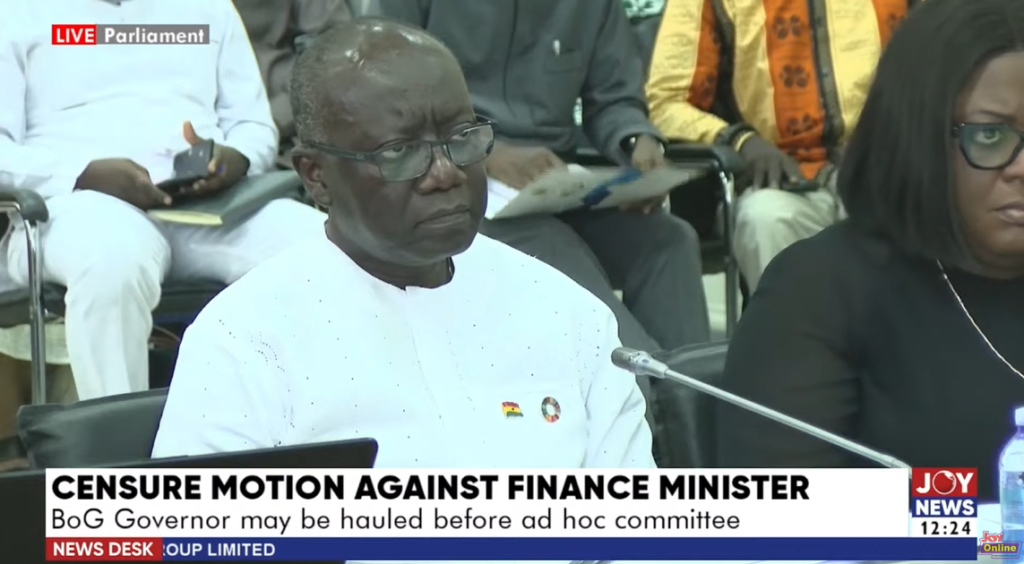 Finance Minister, Ken Ofori-Atta, has advised against supposed attempts to blame him for situations that he believes were not caused by him.

The Minister insists that his deeds since assuming the running of the public purse have been diligent adding that the ongoing economic turmoil cannot be pinned on him.

He said this at the Ad-hoc committee hearing probing the motion of censure, against him.

“Let us all work as one country to support our labour negotiations, find a solution to the impasse in parliament and rise above witch-hunting and entrapment,” Mr Ofori-Atta said.

The Minister told the committee that these “are not enabling and progressive for a society seeking transformation.”

The Minister took the stand on Friday to respond to the grounds which were presented by the Minority as justification for his removal.

Addressing the 8-member committee, the Minister insisted that stakeholders must rally around the country to find a lasting solution.

He says the pain suffered by Ghanaians is acknowledged for which reason he has resolved “to serve with my all” to steer the country into economic stability.