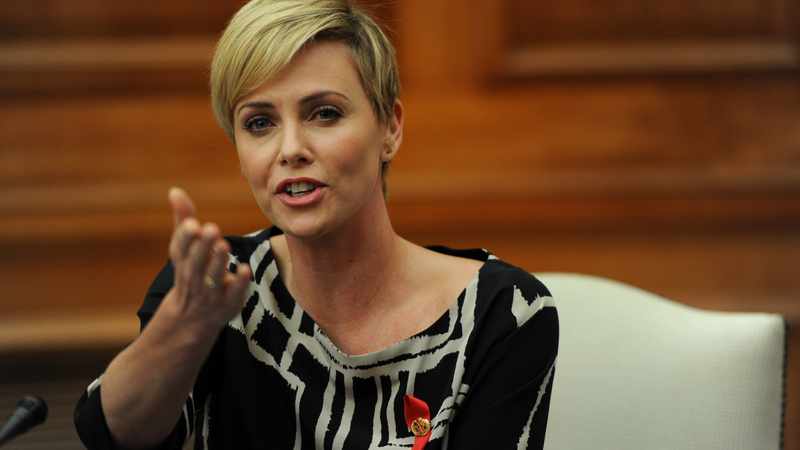 Hollywood star Charlize Theron has faced a mountain of criticism for calling her mother tongue Afrikaans “a dying language”.

Theron joked it was spoken by “about 44 people” and was “not very helpful”.

She made the comments on the SmartLess podcast, saying she grew up in South Africa speaking only Afrikaans before learning English aged 19, which is why she speaks it with an American accent.

Some of the millions who speak Afrikaans in South Africa were furious.

Steve Hofmeyr, who sings in Afrikaans, says the language boasts some of the best swear words and tells TimesLive that Afrikaans is “alive and well”. He also decried the move to change the teaching medium from mainly Afrikaans to English at universities that were historically Afrikaans.

South African website News 24 quotes another critic, the actor Tim Theron, saying Afrikaans is “not dying… there are new songs and poems being written every day, movies made etc”.

Some commenters on Twitter accused have Charlize Theron of being “ashamed of her roots” or seeking validation from black people, while others welcomed her words because “Afrikaans has a strong association with apartheid” and was “once used to oppress Africans”.

Afrikaans is highly politicised in South Africa because of its role during the decades of white-minority rule when a series of racist policies, known as apartheid, were introduced to suppress the country’s black majority.

“Afrikaans is an African language that was formed here in Africa, but it became a language that polarised people under apartheid,” Prof Pitika Ntuli, an artist and cultural analyst, tells the BBC.

The imposition of the language in schools was the main reason behind the 1976 Soweto uprising against the apartheid regime, in which at least 170 people were killed, mostly schoolchildren.

It is the mother tongue of 13% of South Africans – mainly white South African descendants of Dutch, German and French settlers who arrived in the 17th Century – as well as mixed-race people, who are known as coloureds in the country.

“I love the language but I loathe the fact that it was used to oppress us, that it represents oppression and evokes traumatic memories and experiences,” says the BBC’s Audrey Brown.

Many South Africans today say not enough progress has been made towards true language equality, including students who are campaigning for more university classes in African languages.

But that does not mean Afrikaans is a dying language, says Prof Pitika Ntuli.

Like Hofmeyr, he loves how expressive and poetic and Afrikaans can be. Plus it is “very good for insulting people – that’s why it is so beautiful,” he laughs.

“Charlize Theron must come back and stay here for a bit of time, it might help her!”

Rishi Sunak promises to call out Putin’s regime at G20

‘I am truly sorry’ – Ken Ofori-Atta to Ghanaians over hardship