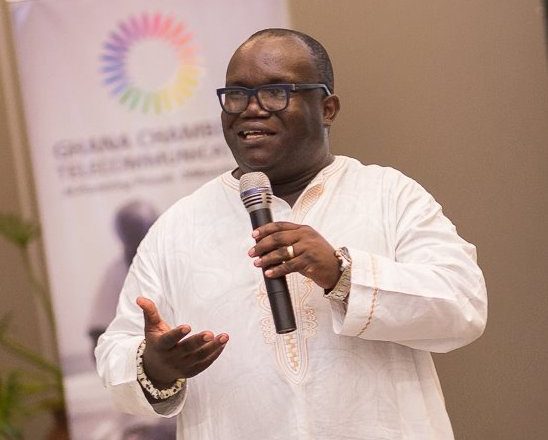 The Chief Executive Officer of the Ghana Chamber for Telecommunications, Dr. Ken Ashigbey, has called for a review of the government’s electronic levy (E-levy).

According to him, the government erred when it decided to tax the digital platforms rather than taxing the digital economy.

He explained that the taxing of mobile money platforms such as mobile money wallets as well as fintech platforms has significantly contributed to the stunting of the growth of Ghana’s digital economy.

He said more and more Ghanaians are now refusing to transact business digitally as against the years prior to the introduction of the e-levy when the digital economy was experiencing a boom.

This he says has driven away investments from Ghana’s fintech space and could possibly lead to a collapse of the industry should revenue continue to drop as fast as they are now especially taking into consideration the current economic woes.

“So what you’ve done is that immediately…even merchant payments that were not taxed initially began to dip. And then the revenues for the players in the market as well we saw a dip coming down,” he said on JoyNews’ PM Express Business Edition.

Dr. Ashigbey noted that while players in the digital economy continue to experience a downward trajectory in their revenue, the government will also fail in accruing the projected taxes it hopes to collect through the e-levy.

“And now that you’re seeing cost of production go up, what is happening is that not only are you missing your 6.9 and then your690million that you also projected when you did your mid-year review but the corporate income taxes. Part of that 44million that was paid in 2021 at the end of this year, that might also not materialize.

“Yeah I’m sure we could have looked at it to see how do we do it? Because the digital economy itself, when covid came a lot of businesses went digital, so how do you find a way in which those who are doing business in that particular platform you can tax them?” he said.