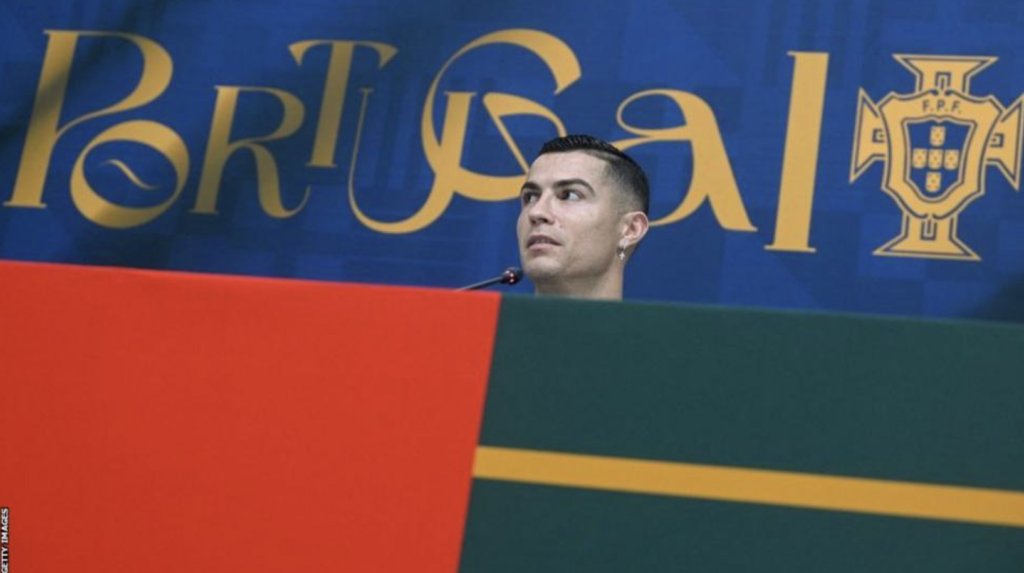 Cristiano Ronaldo says he will “speak when he wants” and his row with Manchester United will not “shake” his Portugal team at the World Cup.

United are exploring their legal options as they look to end Ronaldo’s time at the club following his critical interview with TalkTV.

Ronaldo, 37, said he felt “betrayed by the club” and stated he had “no respect” for manager Erik ten Hag.

“In my life, the best timing is always my timing,” Ronaldo said on Monday.

Making a surprise appearance at a news conference, the Portugal captain said: “I don’t have to think about what other people think. I speak when I want. The players know me really well for many years and know the type of person I am.

“It’s an ambitious group that is hungry and focused. So I’m sure it [the interview] won’t shake the changing room’s concentration and focus.”

He has just over seven months remaining on his £500,000-a-week contract at Old Trafford but United could terminate the forward’s contract, which would leave him free to sign for another club when the transfer window opens in January.

He has not played because of an unspecified illness since he captained United in their 3-1 defeat at Aston Villa on 6 November, but he says he feels in shape for what will be his fifth World Cup.

“I feel that this Portugal squad has amazing potential. I think we can win for sure, but we need to focus on the next game. So, it’s focusing in Ghana, get a win and go from there.

Giving meaning to justice; how Sosu got an innocent remand prisoner freed

They put my picture in church, prayed for my music career to fail – Eno Barony