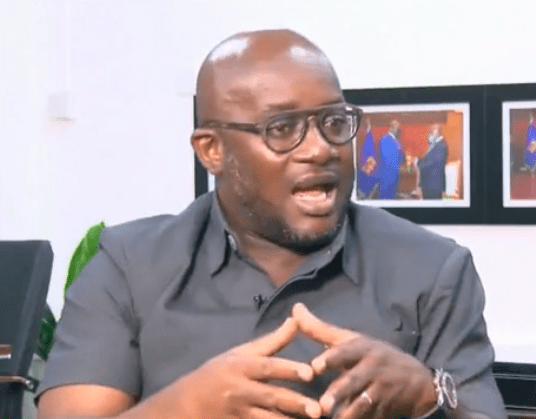 Member of Parliament for Sekondi, Andrew Egyapa Mercer has said the Finance Minister, Ken Ofori-Atta does not deserve to leave office.

Speaking to JoyNews shortly after Ken Ofori-Atta had completed taking the ‘witness box’ before the Adhoc Committee hearing the censure motion, the Deputy Energy Minister said Ken Ofori-Atta, through his responses, has exonerated himself from all allegations levelled for his removal from office.

According to him, he is satisfied with the responses from the Minister who testified before the Committee on Friday.

“If you look at the motion that was tabled and the so-called grounds that were canvassed, clearly the Finance Minister discharged himself creditably.

“He demonstrated to the people of Ghana what he’s done, the accusations that have been levelled against him, clearly unfounded. So, I am especially, satisfied with the delivery of the Finance Minister before the Committee today.

“When we go to the floor and the debate is concluded, I will definitely support the Finance Minister and oppose the motion for his removal without a doubt at all. On the allegations that were levelled, I do not think the Finance Minister should be removed from office,” he told JoyNews’ Parliamentary Correspondent, Kwaku Asante.

Meanwhile, the Finance Minister has apologised to Ghanaians for the hardship being suffered in recent times.

Appearing before the Committee hearing the censure motion, he said the brunt borne by the populace due to the ongoing economic turmoil is unfortunate.

“Let me use this opportunity to say to the Ghanaian people what I believe, with courage, every Finance Minister around the world may wish to say to their people now. I am truly sorry,” he told the Committee.

Mr. Ken Ofori-Atta further dismissed the allegations of mismanaging the economy mounted by the Minority in Parliament.

“I have not been reckless in the management of the fiscal operations of the government.

“Hon Co-Chairs, the ground of recklessness presupposes that I have not been guided by the laid-down regulations.

“I want to state that I have not been reckless in the management of the fiscal operations of the government,” he told the Adhoc Committee on Friday.

From Eric’s Diary: My script for a movie entitled, ‘The unnamed Business Man’

Less than 5% of cashew produced in Ghana is processed – Prof. Turkson