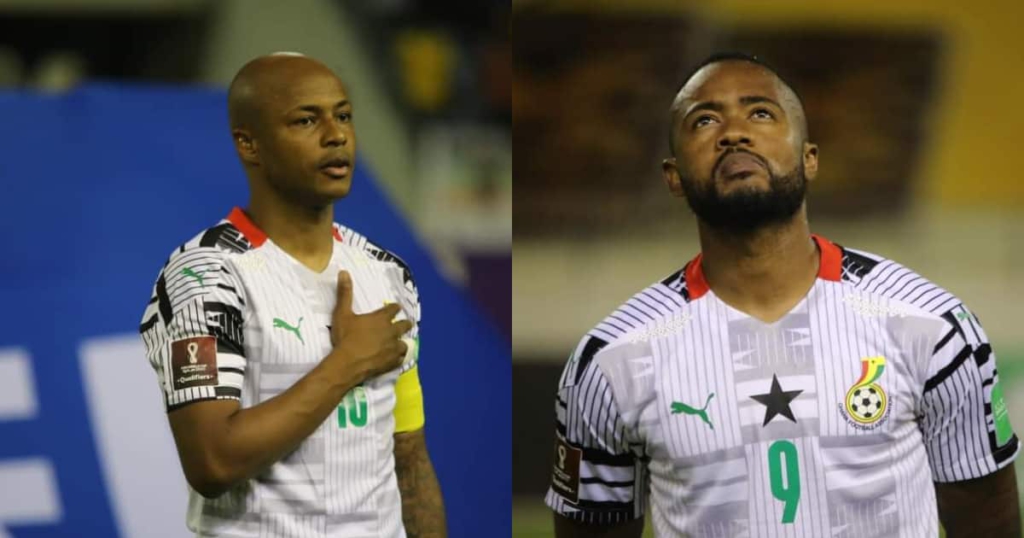 For the last few years, Jordan Ayew and Andre Ayew have been tagged as being the ‘bad ones’ around the national team with much criticism directed towards them.

However, Ashimeru, who has been around these two during his time in the Black Stars team, says they are one of the best people to have helped him settle.

“Sometimes when people say the Ayew brothers are not really friendly, I wonder how,” he said during the third episode of Star Connect on Joy Prime.

“They are very friendly and they make people really feel comfortable in the team.

“I remember when I was called for the first time, there was Asamoah Gyan and there were some of the big players also who made me feel like one of them. They are all there and they understand how it is to come into the team as a young player. They make you feel really comfortable.”

The 25-year-old added, “Jordan speaks French and Ayew speaks more of Ga. Jordan is very open. They were in the national team already so when I got there they helped me a lot.”

Ashimeru didn’t get the chance to be in Qatar with the Black Stars after he was dropped from the initial 55-man squad.

3 reasons why Daniel-Kofi Kyereh deserves to start against Portugal

I’m not behind petition against Ama Governor