The 2020 Presidential Candidate of the National Democratic Congress (NDC), John Dramani Mahama, will be calling two witnesses to testify on his behalf in the election petition hearing.

The two are the NDC’s General Secretary, Johnson Asiedu Nketia, and Dr Michael Kpessa-Whyte, who was Mr Mahama’s representative in the Electoral Commission’s national collation centre (strong room) on December 7 till the results were announced.

Mr Mahama is seeking to set aside the results of the election that went in favour of the New Patriotic Party’s Nana Akufo-Addo.

The court on Tuesday, January 26 served notice it had the power to sanction Mr Mahama’s legal team including dismissing the election petition should its orders be disobeyed.

This was after Mr Mahama’s team failed to obey an order on January 20 directing them to file witness statements and legal arguments relating to the initial objection by the respondents.

The two documents have since been filed by Mr Mahama’s team.

Below are the documents: 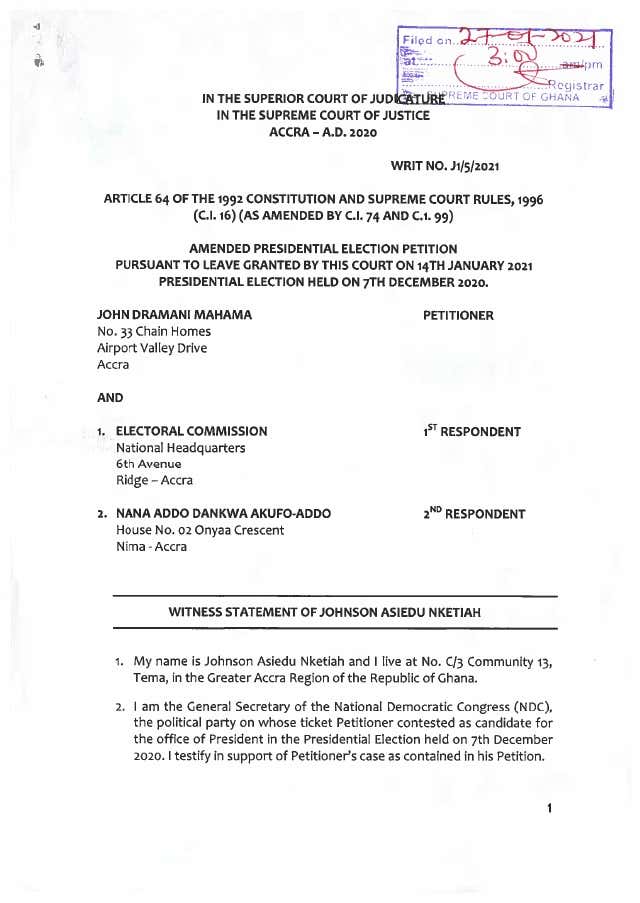