The drama around late former President Jerry John Rawlings from all indication is far from over as new information reaching NsoromaNews has it that the Anlo Traditional Council are planning to have a burial for their son.

This comes after they felt sidelined during the three-days burial ceremony of the former president who was also a chief in their land.

It would be remembered that netizens started questioning why the Akan culture would take center stage at the burial ceremony of the President who happened to be a voltarian. 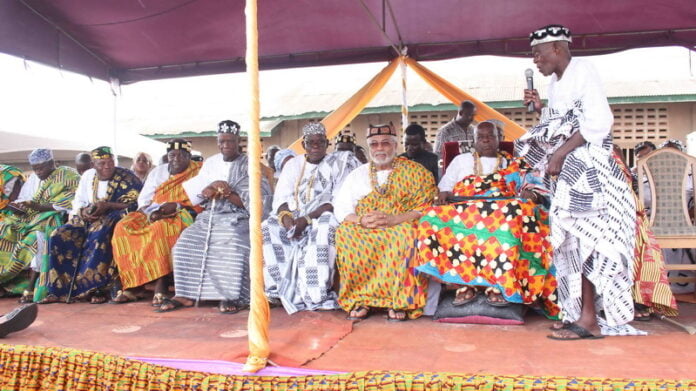 People expressed disappointment in the planning committee for sidelining the Anlo’s.

The Secretary to the local funeral planning committee of Anlo Traditional area, Agbotadua Kumasah who spoke in an interview with Citi News has explained that they(Anlos) are planning to have a ‘proper’ burial for their son.

According to him, the council until the day of his burial were actually waiting for his body to be handed over to them but it never saw the light.

He went on to explain that though the body has been buried in Accra, they would also organised another burial for him in the region.

“Until his burial today, we were expecting his body to be released to us so now that they are going to bury him in Accra, we as Anlos will organise our own traditional burial for him,” Agbotadua Kumasah said

“Prez. Akuffo Addo, John Mahama and other candidates are responsible for the new wave of covid-19”- Captain Smart.