The celebrity recently announced her honour as the ambassador for the UN through her Instagram on Wednesday, March 7, 2021.

The announcement has raised questions on social media because a similar award happened in Ghana where one Dr UN gave out ‘fake’ awards to top celebs across the country with no affiliation to the UN. 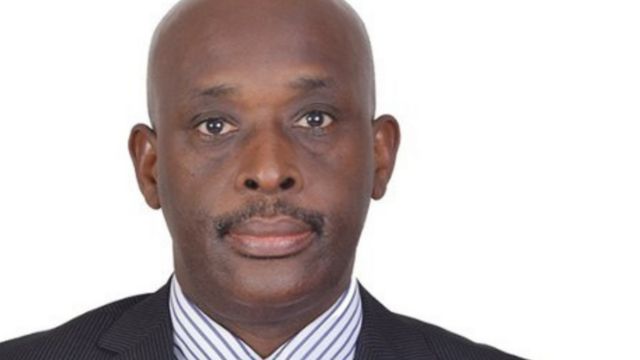 Reacting to this, the Director of the United Nations Information Centre for Nigeria, Ronald Kayanja, confirmed to BBC News Pidgin that the award has nothing to do with them and that it is illegal.

“I’m going to follow up with the authorities in Nigeria, we have many organisations that will put United Nations on everything they do.

“This has nothing to do with the United Nations. A number of civil society organisations around the world have a way to participate at UN meetings of the Economic Social Council (ECOSOC) but it doesn’t mean they are members of the United Nations.

“But they can participate and we give them what we call ‘consultative status’, meaning they had the opportunity to participate.

“We are not sure of them – United Nations Rescue Services – doesn’t have any consultative status with the ECOSOC, but even if they have it doesn’t make them the United Nations. The award is fake and illegal,” he explained.

He stressed that no organisation has the right to give awards in the name of the United Nations.

“We have protocols that we follow to give United Nations Awards or honours and this is not one of them,” he said.

“Our goal is to work on the eradication of poverty for Nigeria and for us, our government cannot do it all alone so we decided to come in and see what we can do for our citizens.

“We give this award to people who identify themselves to use their knowledge, time and resources to serve humanity,” he said.

He added that, it is the reason they decided to award Tonto Dike for her humanitarian work.

“I have never met Tonto Dikeh before but I know how she reached out to people during the lockdown.

“They are the kind of people who deserve the Nobel International Ambassador Awards,” he said.

When he was asked if the award is recognised by the UN, he said: “United Nations recognises the awards. I am one of the Executive Directors and I have the mandate of the UN.” 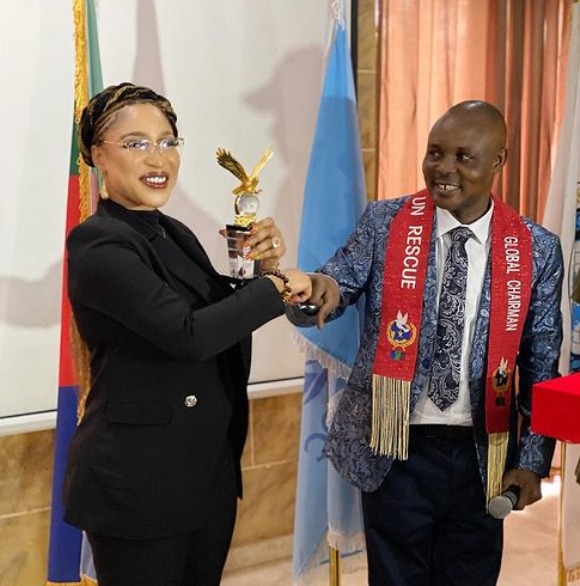 This isn’t the first time such a thing has happened to Miss Dikeh.

Earlier, the actress said she was appointed as the Nigeria Christian Pilgrim Commission Ambassador of Peace.

But, the Commission later came out to deny making her an ambassador.