Ghanaian artiste, Kuami Eugene, has shared videos launching his ride after his Range Rover was involved in an accident.

In a video he shared on snapchat on January 10, 2022, the award-winning highlife musician, flaunted his new Bentley hours after he shared videos of his damaged gold-coloured Range Rover.

He appeared unscathed after the accident and accompanied the new post of his new car with a message that read “Happy New Year Baby” while panning around his new red Bentley.

The new sleek ride, red on the outside and beautifully decorated with a red and black interior on the inside, had an attractive feel to it.

An earlier post on the Rockstar’s official snapchat account showed his Range Rover’s doors visibly cramped in while the running board on the left side of the car was smashed, with parts of the door visibly damaged.

This is the first accident Kuami Eugene has been involved in after the founder of Angel Group of Companies, Dr Kweku Oteng, gifted him the 2020 Range Rover Velar in 2021.

According to Dr Oteng, the Lynx Entertainment signee was being rewarded for his hard work and service to his company. 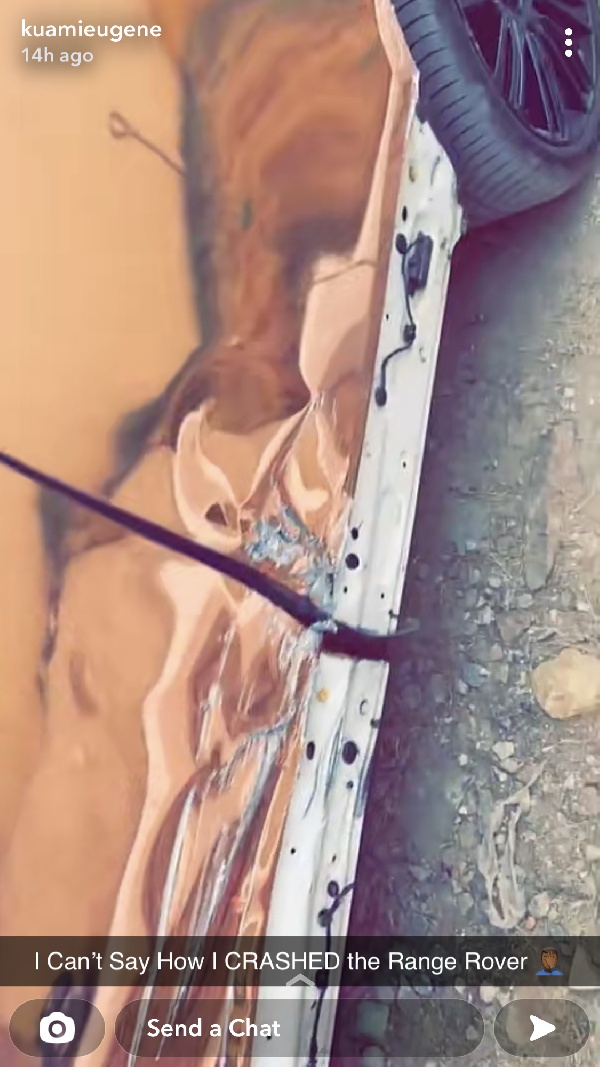 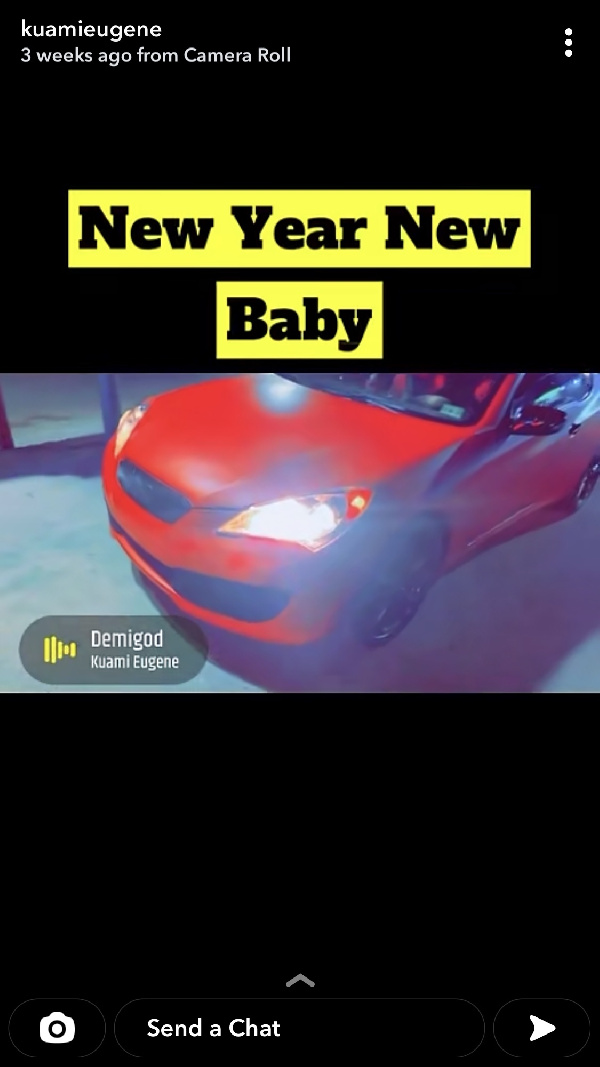 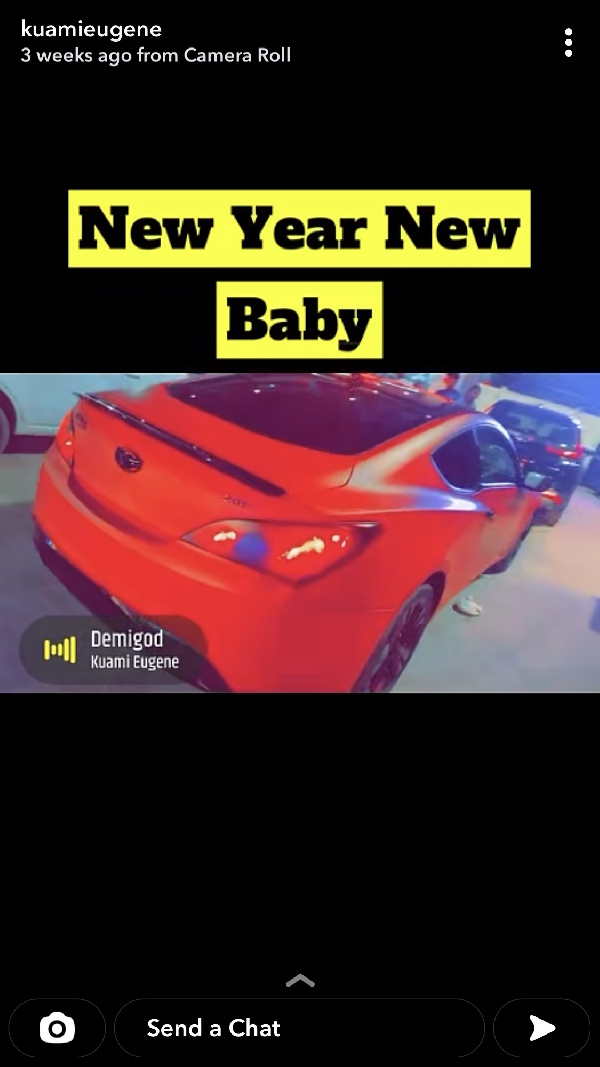