Accra Hearts of Oak left it very late before handing Asante Kotoko an excruciating 2-1 defeat in the President’s Cup on Friday evening at the Accra Sports Stadium.

The event was held in honour of the President of Ghana, H.E Nana Addo Dankwa Akufo-Addo who was at the stadium to watch the game. 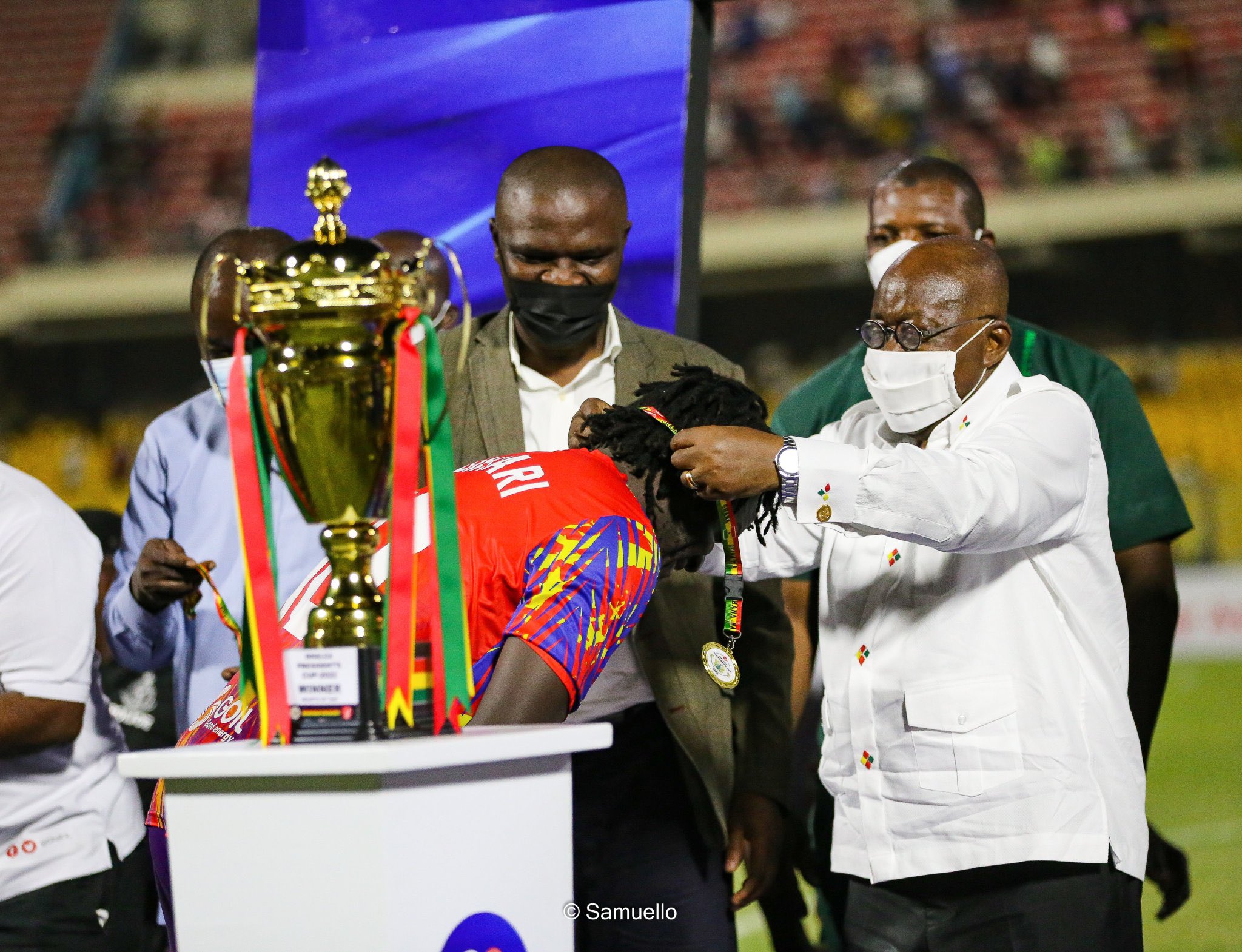 President Akufo-Addo did the ceremonial kick off after exchanging pleasantires with the officials of GFA, GHALCA, Kotoko, Hearts and the players on the field.

The game started with Hearts of Oak dominating play as Sulley Muntari tested Kotoko goalie Danlad Ibrahim with a rasping shot which was tipped wide.

Moments later Heart had a free kick which the former Black Stars midfielder powered goalwards but was saved by Kotko goalkeeper.

Cameroonian International Mfegue had a got opportunity after weaving his way into the Hearts of Oak box from the left flank but his cut back was poor as it eluded all Kotoko players in the Hearts box.

He also went on a solo run entered the Hearts box but a recovery tackle by the Hearts defense prevented Kotoko from scoring.

The phobians then had successive corner kicks but they were all wasted as the Kotoko defence cleared.

There was nothing to separate both sides as the match ended 0-0 at half time.

Accra Hearts of Oak took the lead for the first time in the game five minutes after recess as Salim Adams started a brilliant move before laying the ball to captain Fatawu Mohammed who crossed into the Kotoko box but it was cleared only for Daniel Afriyie Barnieh to arrow home the ball with his left foot to make it 1-0.

Kotoko pressed on for the equalizer and substitute Samuel Boateng got the goal for the porcupine warriors in the 77th minute as he robbed off Daniel Korsah and struck goalwards as his strike took a huge deflection of  Robert Addo Sowah to make it 1-1.

Barnieh was stretched off the pitch  after an injury concern but Kotoko had a freekick but it was badly taken and all the Kotoko players were in the Hearts of Oak half of the pitch.

Patrick Razak stole the ball and left two Kotoko defenders in his wake before poking home pass the onrushing Danlad Ibrahim to make it 2-1 at the death.