Minister of Agriculture, Hon. Owusu Afriyie Akoto, who has been tipped by some supporters of the governing New Patriotic Party (NPP) to contest for flagbearer of the party, in a one-on-one interview on Peace FM’s ”Kokrokoo Thursday morning, swerved a question regarding his Presidential ambition.

Hon. Owusu Afriyie Akoto refused to let the public in on whether or not he will join the Presidential race in 2024 elections. 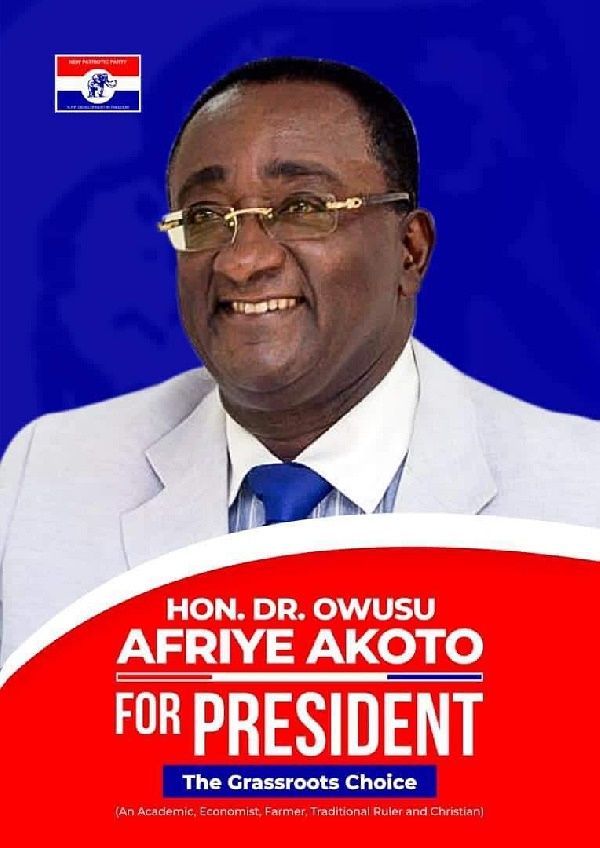 The Agric Minister stopped short of a straight yes or no answer to the question posed by host Kwami Sefa Kayi about some billboards displaying his ambition to be President of Ghana.

The billboards of the Minister were spotted at vantage points with grapevine reports indicating he is gearing up to take the Presidential baton from His Excellency Nana Addo Dankwa Akufo-Addo.

But up until the exclusive interview on Kokrokoo, Hon. Owusu Afriyie Akoto had kept mute on these speculations.

Reacting to the query, Hon. Afriyie Akoto gave a loud laughter and replied it doesn’t lie in his mouth to tell whether or not he desires to be President of Ghana.

”It’s not for me to say that I will run for President…if it impresses the party that the work that Nana Addo Dankwa Akufo-Addo has given me, I have done it well to the extent that they have a belief that I should go a notch higher, it’s for them to say, not me”, he stated emphatically.

With regard to the billboards erected in his name, he asserted they are meant to send his greetings to farmers in the communities.

He added; ”So long as the Akufo-Addo government is in existence, we have to use 110 percent of all the resources, the endowment God has given us, to support that government to succeed and the government is succeeding.”