Ghana has technically had over ten (10) Heads of State since the country gained independence from the British colonial masters in 1957, and each of these presidents, have each come with their uniqueness.

In this GhanaWeb feature, we retrace the roots of all the people who have served as presidents of Ghana, zeroing in on the exact places they were born.

And while little is known about many of these details of the country’s presidents, it is common knowledge where Kwame Nkrumah, Ghana’s first president, hailed from. And so, we begin from there:

Ghana’s first president, Kwame Nkrumah, hails from Nkroful in the Western region of Ghana, where he was also born.

Below is a photo of the bed he slept on: 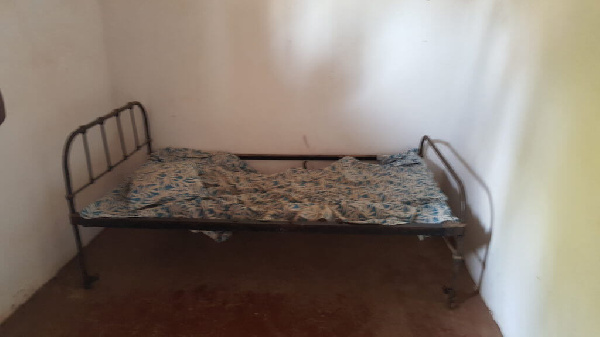 General Joseph Ankrah, Ghana’s first military Head of State, was born on August 18, 1915, in the capital of Ghana – Accra, to the Ga family of Samuel Paul Cofie Ankrah, an overseer for the Christian Missionary Society, and Beatrice Abashie Quaynor, a trader.

Brigadier Kwasi Afrifa was the son of Opanin Kwaku Amankwa and Ama Serwaa Amaniampong, both from Krobo, near Mampong, in the Ashanti Region.

He hailed from Akropong and was born to William Martin Addo-Danquah and Theodora Amuafi.

His parents were both Catholics.

He was born at Akropong, also his hometown, in the Eastern region of Ghana.

The first president of the fourth republic of Ghana, Flt. Lt. Jerry John Rawlings was born on June 22, 1947, in Accra.

His mother was Victoria Agbotui, an Ewe from Dzelukope, Keta, while his father, James Ramsey John, was a chemist from Castle Douglas in Kirkcudbrightshire, Scotland.

Ghana’s only president of the third republic, Hilla Limann, was born in Gwollu in the Siassala West District of the Upper West Region.

John Agyekum Kufuor, Ghana’s second president of the fourth republic was born in Daaban, a suburb of Kumasi in the Ashanti Region of Ghana.

The second National Democratic Congress (NDC) president of the fourth republic of Ghana, John Atta Mills, was born on July 21, 1944, at Tarkwa in the Western region of Ghana.

His parents were John Atta Mills, Sr., an educator, and Mercy Dawson Amoah.

He hailed from the town of Ekumfi Otuam in the Mfantsiman East constituency of the Central Region.

John Mahama is Ghana’s only president to have taken over the reigns of power after his predecessor died in office.

He was born in Damongo on November 29, 1958 and is a member of the Gonja ethnic group in the Savanna region of Ghana.

John Mahama hails from Bole in the same region.

His father, Edward Akufo-Addo, was from Akropong-Akuapem, and his maternal grandfather was Nana Sir Ofori Atta, King of Akyem Abuakwa.