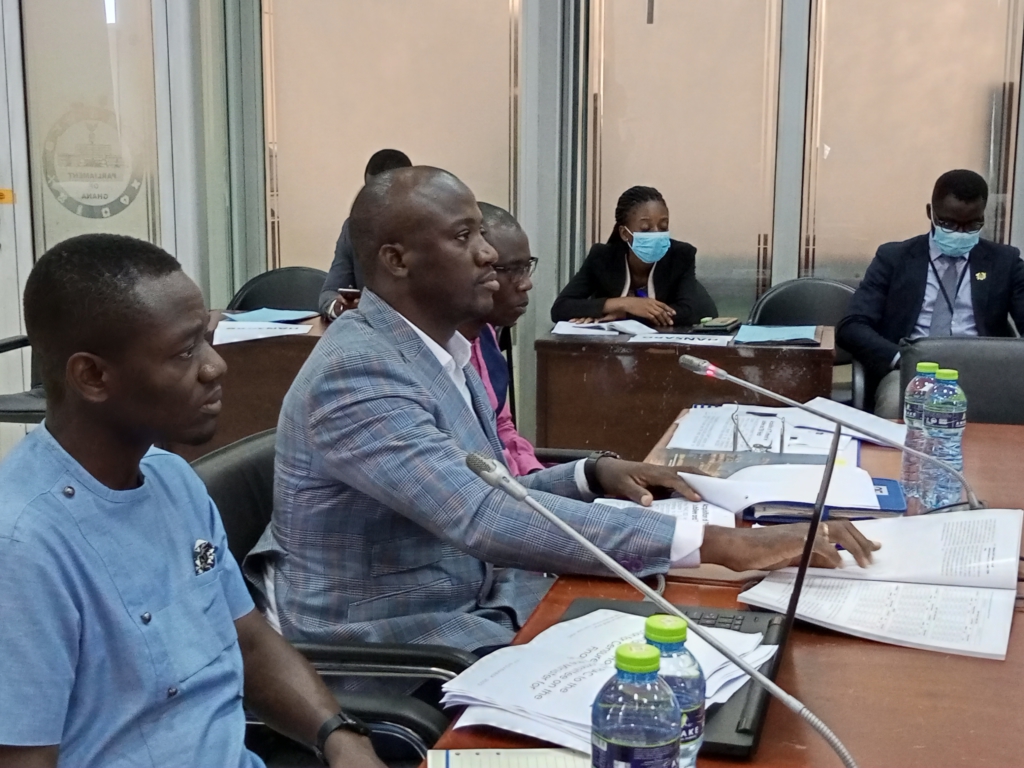 The Public Interest and Accountability Committee (PIAC) has corroborated allegations by the Minority in their censure motion that government illegally paid $100 million in oil revenues into an offshore account.

The money forms part of the proceeds of crude oil export in the first half of this year and was lodged in the account of Jubilee Oil Holding Limited which is registered outside Ghana.

Speaking at the censure motion hearings on Thursday, Vice President of PIAC, Nasir Alfa Mohammed said the amount formed part of the country’s petroleum revenue and belonged to the state.

“The PRMA is the primary law that governs the utilization and management of the petroleum revenue and it says that any revenue accruing to the state, whether directly or indirectly should be paid into the Petroleum Holding Fund,” he said.

Mr. Nasir Alfa Mohammed argued that the funds should have first been lodged in the Petroleum Holding Fund according to law before any disbursement to any other account is made.

He added that “it was contrary to law for that money to have been deposited in another account.”

“Those revenues ought to have formed part of the petroleum revenues of Ghana and ought to have been deposited first in the Petroleum Holding Fund and not any other account,” he said.

However, the Deputy Chief Executive in charge of Commerce, Strategy and Business Strategy at GNPC Joseph Dadzie taking his turn before the Committee, disagreed with PIACs assertion.

According to him, there was no illegality committed in lodging the revenue in an account other than the Petroleum Holding Fund.

Mr. Dadzie said this while responding to questions from the Co-Chair of the Committee, Dr. Dominic Ayine.

He explained that “JOHL is a 100 per cent subsidiary of GNPC, we believe it is a company registered under the Companies Act and obviously the terms and conditions, the constitution of JHOL is governed by the Companies Act and for that reason 100 percent of the revenue cannot be put into the Petroleum Holding Fund.”

The Deputy CEO of GNPC argued that the Finance Minister, Ken Ofori-Atta who is being blamed for this transaction by the Minority cannot be held responsible.