Popular cross dresser and social media influencer, James Brown Obialor has apologized to his father following viral clip of him and a lady. 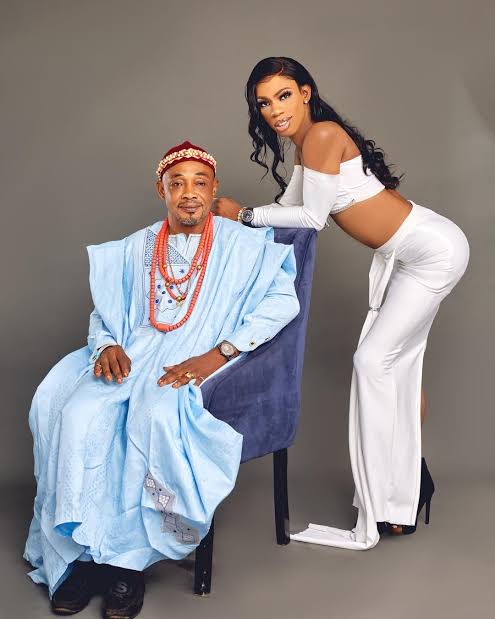 It would be recalled that videos made the rounds on social media of the drag queen having coitus with a yet-to-be- identified lady.

He had been called out and derided by netizens who wondered why a person who claims a female gender should be having an affair with another lady.

His dad who appear saddened by the news revealed in a chat with his son that his blood pressure had risen. He warned his son to be careful for there are so many enemies.

James apologized to his dad, assuring him that he would bounce back mightier than before. 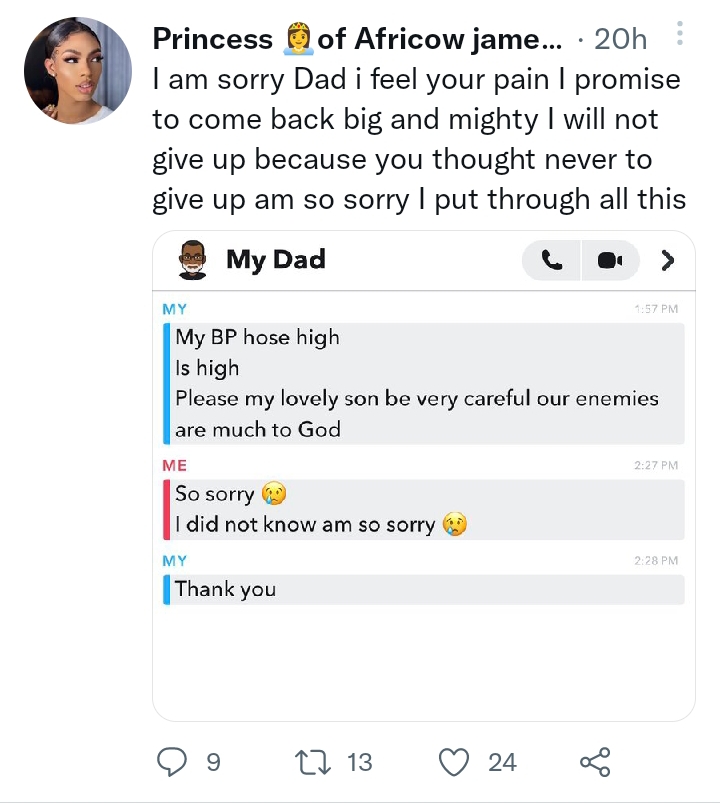 “Each time we kissed, I spat and washed my mouth”