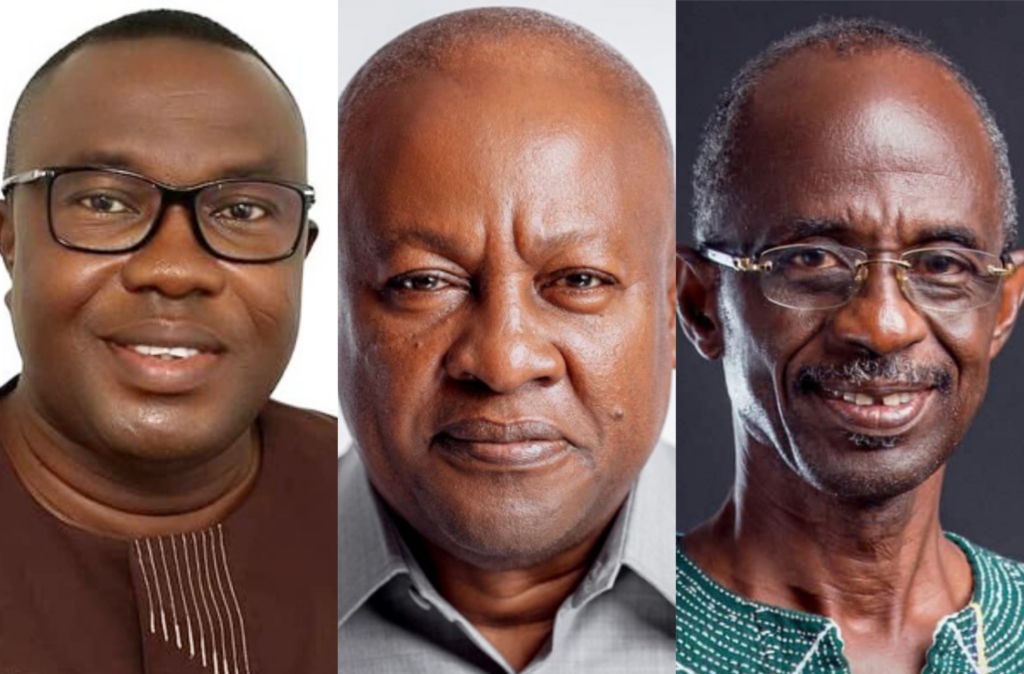 The Chairman of the National Democratic Congress (NDC), Samuel Ofosu-Ampofo, says there were attempts by party bigwigs to halt Asiedu Nketia’s decision to unseat him.

In a yet-to-air interview on Adom TV, he told host, Daakyehene Nana Yaw Asante, that the party’s 2020 flagbearer, John Dramani Mahama, and other prominent NDC figures made efforts to stop the contest between himself and the party’s General Secretary, Johnson Asiedu Nketia.

According to him, even though the move by Asiedu Nketia to unseat him is politically incorrect; the efforts to talk him out of the decision proved futile.

“As far I’m concerned, Asiedu Nketia’s decision to contest me was not necessary. This move is a wrong move. It is not a politically correct decision. And there were moves by the Council of Elders. His Excellency, John Dramani Mahama himself made moves to stop it”, he said in a trailer to the yet-to-air interview.

The interview will be aired on Saturday, November 19 at 10:00pm on Adom TV‘s weekend current affairs programme, Sɛdea Ɛteɛ Nie.

Meanwhile, ahead of the airing of the interview, some supporters of the NDC have expressed disgust over some comments by the party’s National Chairman.

In the yet-to-air interview, Mr. Ofosu Ampofo, said elements within his own party are behind a leaked audio tape, based on which he is currently standing trial.

The embattled NDC Chairman said the leaked audio is an evidence of how cruel the NDC can be when they want to destroy one of their own.

Substantiating his claims, he said the in-house traitors secretly recorded his comments in a closed door meeting and leaked the recording to the New Patriotic Party for him to be prosecuted.

According to him, he has been to court on seventy separate occasions as a result of the internally orchestrated treachery.

“When NDC wants to disgrace you, they first tag you as anti-Mahama. My own party folks recorded me at a meeting that I held with the party, with the people and went to sell the recording to the NPP, for which reason I’m standing trial. I’ve been to court 70 times”, he stated in a trailer to the yet to air interview.

In addition to tagging an individual as anti-Mahama, he said some elements within the party can travel all length to cause disaffection for someone they do not like.

But according to his critics, his sentiments are unnecessary, as they will wreak more havoc for himself and the party at large.

Others have however sympathized with him, and expressed solidarity with him in relation to the alleged treachery claims.

In their view, the revelations by the NDC Chairman is understandably from a place of pain, and therefore he should not be chastised.

Currently, Mr. Ofosu Ampofo’s role as the NDC’s National Chairman is being threatened by the decision of the party’s General Secretary, Johnson Asiedu Nketia to unseat him.

In what has been described as the main contest in the party’s upcoming national delegates election, Mr. Asiedu Nketia is frantically taking steps to take control of the party as National Chairman ahead of the 2024 general election.

The upcoming national delegates conference will take place on 10th December, 2022 in the Ashanti Regional capital of Kumasi.

Eligible party delegates will elect a new crop of executives to man the affairs of the party at the national level for the next four years.