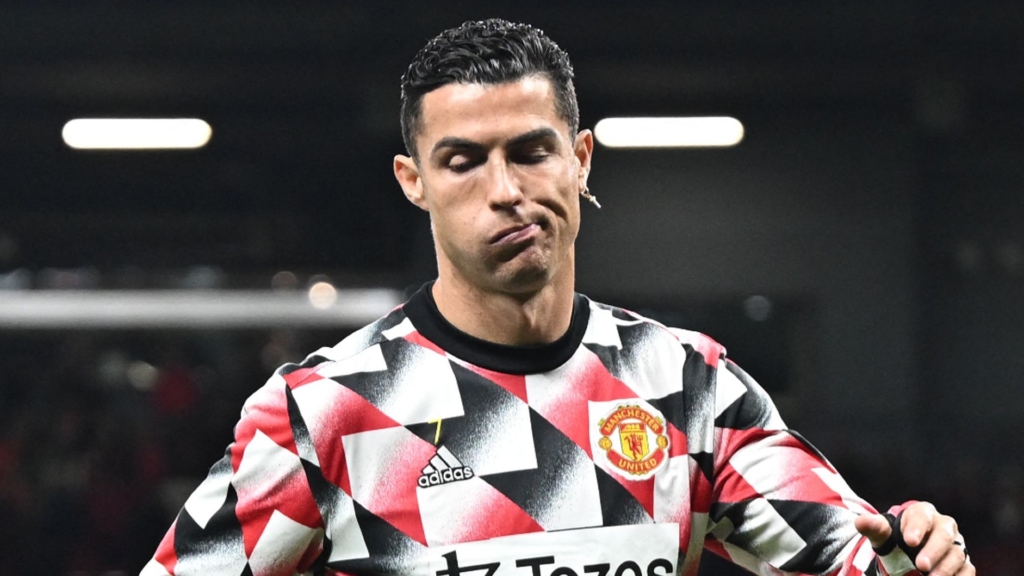 Manchester United are exploring their legal options as they look to end Cristiano Ronaldo’s time at the club.

It is accepted at United that Ronaldo cannot play for manager Erik ten Hag again following his fierce criticism of the Dutchman in his TalkTV interview.

He has just over seven months remaining on his £500,000-a-week contract.

United could terminate the Portuguese forward’s contract, which would leave him free to sign for another club when the transfer window opens in January.

It is understood they are loath to offer the 37-year-old any kind of pay-off given how strongly they feel about the situation.

The club want the matter dealt with quickly to avoid it spilling over into the second half of the season.

In his interview, Ronaldo said he felt “betrayed by the club” and stated he had “no respect” for Ten Hag, adding he felt he was being forced out of the club.

United responded on Friday with a statement to say they have “initiated appropriate steps” in response.

Ronaldo will captain Portugal at the World Cup in Qatar, with their opening Group H game against Ghana on Thursday.

Ronaldo was dropped for the Premier League game at Chelsea last month by Ten Hag after refusing to come on as a substitute against Tottenham three days earlier.

The Red Devils, who beat Fulham 2-1 on Sunday, are fifth in the Premier League in Ten Hag’s first season as manager.

Manchester United wanted to see the full extent of Cristiano Ronaldo’s interview. Now they have acted.

The club are refusing to say what precisely ‘appropriate steps’ are but cancelling Ronaldo’s contract and/or taking legal action are likely to be high on the list.

United remain solidly behind manager Erik ten Hag, who bore the brunt of a number of Ronaldo’s criticisms. One Ronaldo claim was that Ten Hag only wanted to bring him on in the final minutes of last month’s win over Tottenham to prove a point, Ronaldo adding that he has no respect for the Dutchman.

The club have also expressed pride in the club and its staff, who were derided by Ronaldo as part of his view of United being stuck in a time warp.

It is inconceivable Ronaldo can play for United again under Ten Hag, so the only way now is an exit.

This may not be straightforward. Ronaldo is the Premier League’s highest-paid player and his contract will contain numerous clauses.

However, the club have vowed to act as quickly as they can. They won’t want this hanging over them for any longer than is necessary.

How Ronaldo controversy has unfolded

It has been quite the week at Manchester United and for Cristiano Ronaldo.

Since details of his much-publicised interview with Morgan emerged, it has felt like one drama after another as additional parts of their chat became public as the week went on.

Here’s a quick guide to what has been said and by who:

The best time to visit Greece to avoid crowds