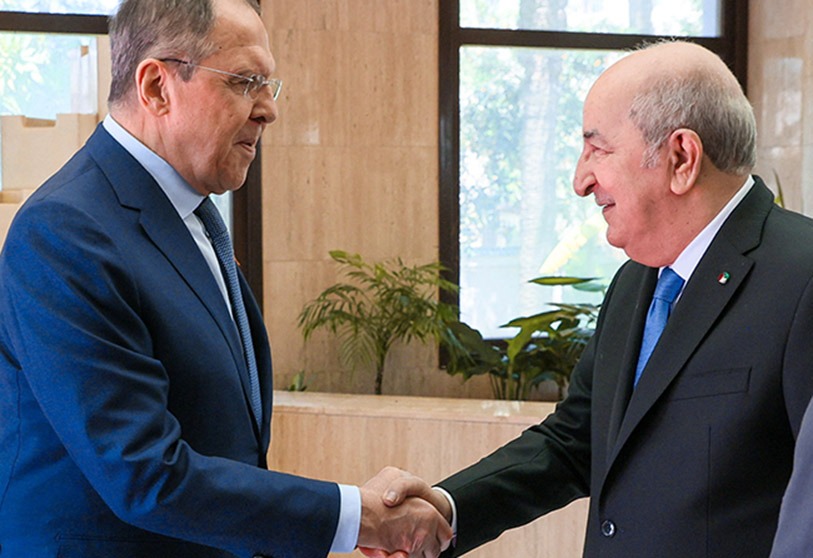 Algeria and Russia began joint military manoeuvres last Wednesday in the region of Hammaguir in Béchar, bordering Morocco. This will be the first time that soldiers from both countries will train together on Algerian soil.

The transition to an operational stage in Algerian-Russian military relations does not date from today. In November 2021 joint military manoeuvres in South Ossetia saw the participation of an Algerian contingent, and in September 2022, 100 soldiers of the ANP participated in the “VOSTOK 2022” exercise, organised in the Far East of Russia, along with a Naval military exercise during the last past two years.

In this context, the organization of such an exercise, in addition to the choice of its location, a few kilometres from the Moroccan border and regions which know the regular holding of military exercises between the Royal Armed Forces and their foreign partners (AFRICAN LION with the American army, CHERGUI with the French army, etc.), constitute a message addressed both to Morocco and to its Western allies.

These manoeuvres, which should last until November 28, have already raised questions in Western media circles regarding their timing and location.

As such, it should be noted that the United States of America no longer hide their dissatisfaction with the Algerian-Russian rapprochement, despite the false speech of Algiers on its non-alignment and neutrality, while in reality, it is only strengthening its bilateral relations with Russia.

Consequently, Washington did not hesitate to send several negative signals and warnings to Algeria in order to inform it of the consequences that may arise from its behaviour.

Also to be noted in this regard, the calls of the Republican Senator Marco Rubio and a bipartisan group of US lawmakers in September urging the Biden administration to impose sanctions against Algeria over the Russian arms purchases, within the framework of the American law CAATSA, sanctioning the countries supplying themselves with armaments from Moscow.

CAATSA law authorizes the President of the United States to impose sanctions on parties involved in significant transactions with representatives of the defence or intelligence sectors within the government of Russia.

A few days before the Bechar manoeuvres, the Director of the Federal Service for Military and Technical Cooperation of Russia, Dmitry Shugaev, travelled to Algeria where he met the Chief of Staff of the National Army popular, said Chengriha, November 10, 2022.

This visit is to be made in the wake of the consolidation of relations between the two armies as well as in the context of the increase in the Algerian military budget for the year 2023, a budget estimated at 23 billion dollars; which would have led the Russian military leaders to covet Algeria in order to monopolize a significant part of this budgetary envelope in the form of an arms contract.

This financial windfall that Moscow will garner will certainly help finance and support the war effort in Ukraine. Bechar’s manoeuvres are only a message from Moscow to the West, thus demonstrating Russia’s ability to deploy close to Western interests in the western Mediterranean.

Moscow considers Algeria to be an advanced front in its strategy of military confrontation with the West, to which it will resort in order to grant its scope for its strike force, which erects the Algerian-Moroccan border into a line of demarcation between the western zone of influence and that of the former socialist clan.

This unproven alignment of Algeria with Russian positions should lead Western countries to review their strategy and partnerships with this country, whose positions go against their geopolitical interests. As Algeria benefits from the dividends of its energy contracts with the West, it continues to enhance its military cooperation with Moscow.

A cooperation that is not limited only to the bilateral aspect, since Algeria has contributed concretely to facilitating the Russian military establishment on the African continent.