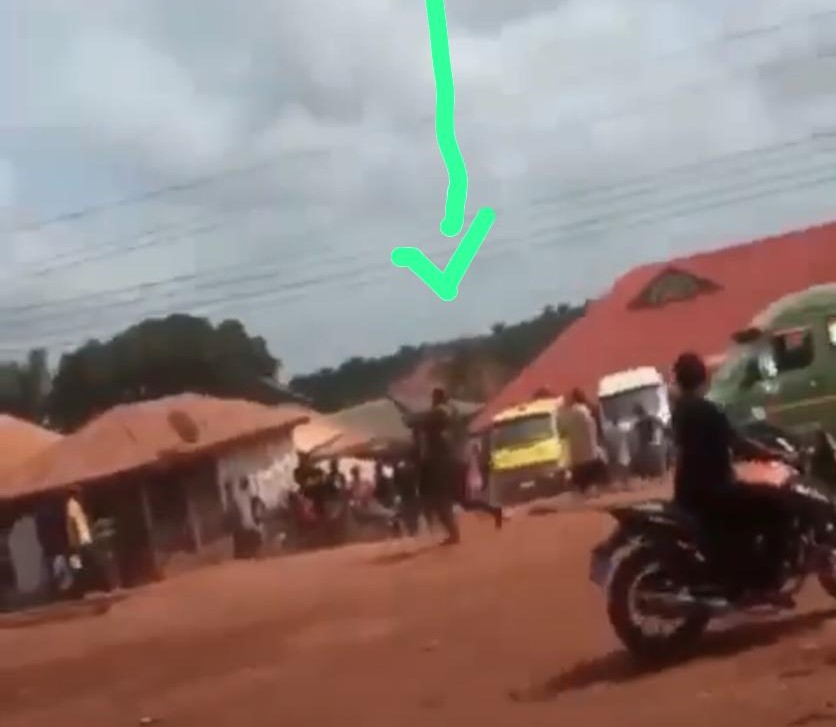 A nursing mother has been confirmed dead after a military officer allegedly discharged live ammunition on mourners at Manso Datano in the Amansie South District of the Ashanti Region on Saturday morning.

The deceased, Felicia Danquah, and her child were reportedly hit by a stray bullet when one of four soldiers attacked residents who were observing the interment of a colleague who died after falling into an illegal mining pit, three months ago.

According to the assembly member for the area, Kwame Amponsah, the military officer, who is yet-to-be identified, ran after the mourners and physically assaulted an onlooker.

He proceeded to fire shots into the air to disperse the residents, but an accidental shot into the ground deflected and hit the nursing mother and her baby.

The 30-year-old mother is said to have died on Sunday evening at the Komfo Anokye Teaching hospital after sustaining injury to her stomach while her baby, who was tied to her back, got shot in the palm.

The deceased was an operator of a pub in the community established by her husband.

It is unclear what may have instigated the incident.

There is however uneasy calm in the community as the aggrieved youth have demanded the withdrawal of the military deployment to the area.

Luv News understands leadership of the Ashanti Regional Police headquarters have since visited the bereaved family and assured that the perpetrators will be brought to book.