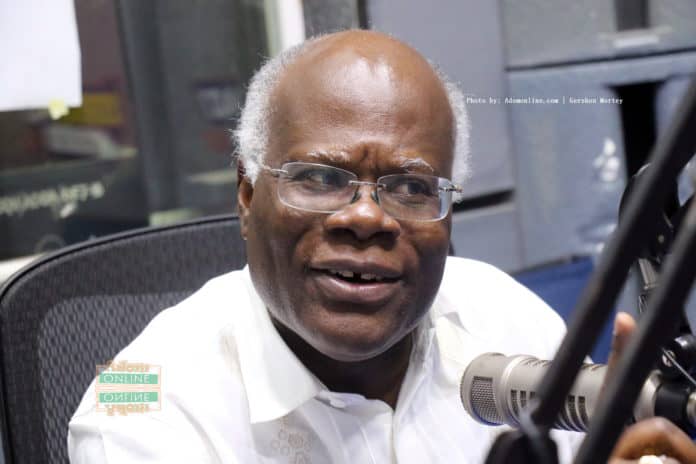 A Co-Chair of the Parliamentary Ad-hoc Committee probing the censure motion against Finance Minister, Ken Ofori Atta on Thursday backtracked on his initial assertion that he does not buy fuel.

Mr Kobina Tahir Hammond on Tuesday, at the first public hearing by the Committee, said he was not aware of the current fuel prices because he does not have a car and does not buy fuel.

The Adansi-Asokwa Member of Parliament (MP) said this as a response to Mr Haruna Iddrisu, Minority Leader, on whether he had noticed the current fuel prices, during the Committee hearing.

Following the criticisms that had greeted his initial remarks, Mr Hammond on Thursday at the hearing said: Members of Parliament purchase fuel contrary to his earlier claims.

The eight-member Ad-hoc Committee constituted by Mr Alban Bagbin, Speaker of Parliament to probe the allegations for the motion of censure raised by the Minority Caucus in Parliament on Thursday continued sittings with an appearance by the Public Interest Accountability Committee (PIAC) and the Ghana National Petroleum Corporation (GNPC).

At the hearing, PIAC reaffirmed its 2021 report that $100 million of petroleum lifting revenue was not paid into the Petroleum Revenue Holding Account.

Mr Nasir Alfa Mohammed, Vice Chairman of PIAC, reiterated that in line with the Petroleum Revenue Act, all petroleum revenues must be paid into the Petroleum Holding Account.

PIAC was at the Committee’s sitting to respond to Ground Three of the Minority Caucus’ Motion, which alleged illegal payment of oil revenues into offshore accounts in violation of Article 176 of the 1992 Constitution.

GNPC is the state agency responsible for the exploration, licensing, and distribution of petroleum-related activities in Ghana, while PIAC is an independent statutory body mandated to promote transparency and accountability in the management of petroleum revenue in Ghana.

We don’t have details on debt restructuring;  mark-to-market’ approach is not ‘haircut’,– SEC boss