The Chief Executive Officer of the National Youth Authority (NYA), Pius Enam Hadzide says the 2022-2032 Youth Policy framework seeks to train and build the capacities of the youth of this country.

Mr. Hadzide made these comments when he participated in a panel discussion as part of the Greater Accra edition of ‘NUGS Talk’ on the theme ‘The Grand Convocation: Youth Support; Policy, Practice, Impact”.

At the program, he expounded on the importance of the new Youth Policy document, which he indicates is geared towards addressing, extensively, the needs and aspirations of young persons in Ghana.

“The Youth Policy should be cross-cutting across all sectors. This is because the youth have become the aspirations across all the important sectors of the Ghanaian economy – including health, education, trade, commerce, employment, and agriculture.” He indicated

He also added that the 2022-2032 Youth Policy framework has been developed through broad base consultations to include an implementation plan with measurable timelines, and that is not exclusive to the National Youth Authority, but rather positions the Authority to be able to track implementation across these valued sectors.

“This is because the new policy actually seeks to train and build the capacities of the youth of this country, preparing them to become better and successful citizens responsible and responsive to national development.” He added

The NYA CEO said this on the backdrop of issues raised concerning the amendment of the 2010 National Youth Policy framework, which he noted: “looked only more like a strategic plan for the National Youth Authority”.

At the program, the NYA boss was honoured by the National Union of Ghana Students (NUGS) for his exploits in fostering youth development in the country. 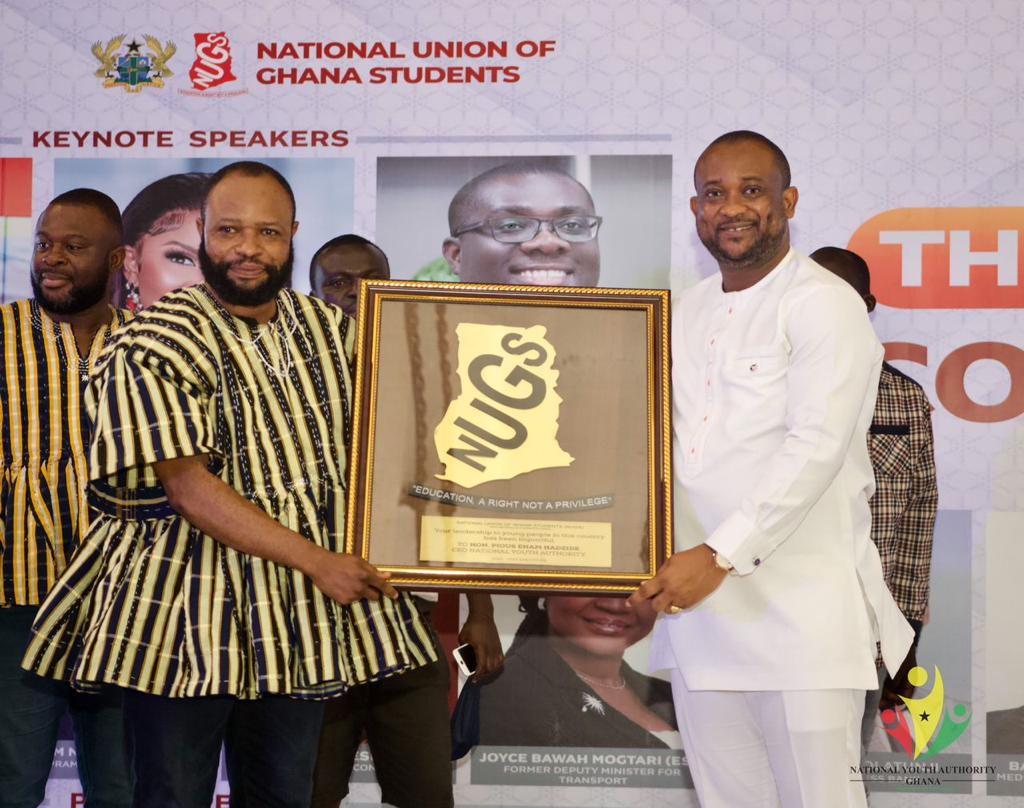 NUGS President, Dennis Appiah Larbi-Ampofo stated that the award was in recognition of Puis Enam Hadzide’s immense strides towards the implementation of the 2022-2032 National Youth Policy, an active framework meant to guide interventions for empowering youth for national development and participating in global affairs.

Censure motion hearing: This is not a circus – Ablakwa replies Gabby

Organised Labour proposes a 60% increment in base pay for 2023