The Eastern Regional National Democratic Congress delegates conference, which was originally scheduled for November 19, 2022, has been slapped with a court injunction.

In a letter sighted by Citi News with the heading, Notice of Interlocutory Injunction Eastern Regional Conference, signed by the regional chairman, John Owusu Amankra and copied to all constituency chairmen in the region and all media houses, the party indicated that the regional office has been served with a writ of summons from the court placing an interlocutory injunction on the regional conference.

The letter further indicated that the matter has been referred to the regional legal team for advice.

“We are therefore by this means communicating to the entire region, particularly the delegates, that the regional conference is on hold and shall not be held on November 19 till further directives from the NDC legal team. We apologize for the inconvenience caused”.

In the writ “the plaintiff Fia-Tes Valentine Confidence by the motion prayed for an order of interim injunction restraining the defendants, their agents or privies whatsoever from organizing, convening and conducting or convening the Eastern Regional Conference of the National Democratic Congress to be organized, convened and conducted at the Koforidua Technical University on the 19th day of November 2022, pending the determination of these applications.”

“The affidavit in support of the plaintiffs indicated that the party fixed the 19th day of November 2022 to hold the Eastern Regional Conference at Anagkazo Bible and Ministry, Mampong Tutu, and that for no justifiable reasons, some unseen hands in the party have alleged a change in venue from Tutu Akwapim to the Koforidua Technical university. That I am advised by counsel verily believing the same to be true, that this does not auger well for our young democracy. If after a decision has been settled upon by the majority of us, just a few members of the party could not change it. That a grant of the application would ensure that at the end of the day, after the court makes a determination, no party is shortchanged to enjoy the fruit of the judgement”.

Find below copies of the letter and injunction. 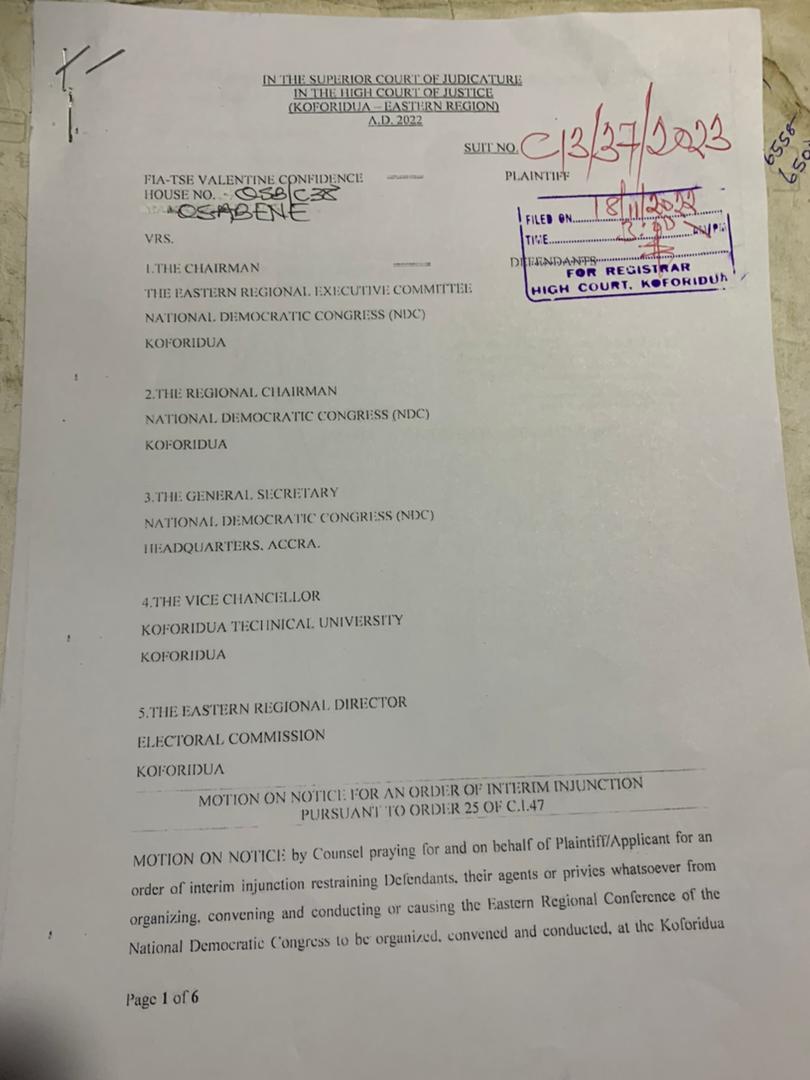 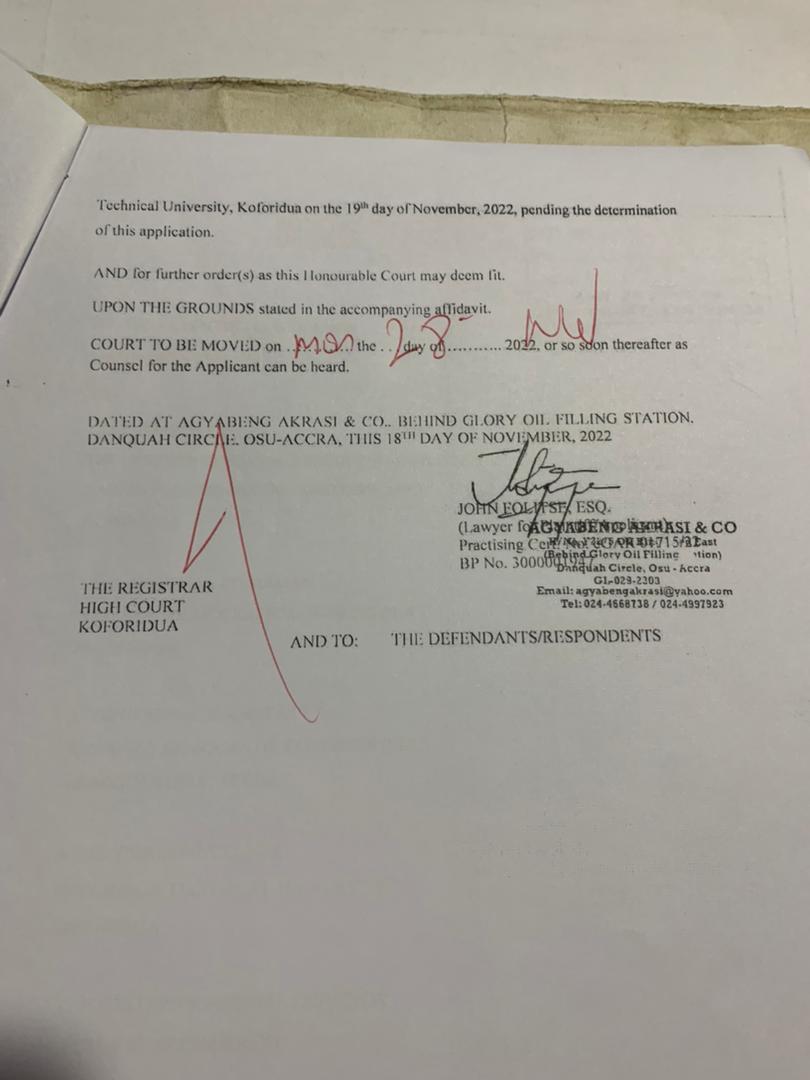 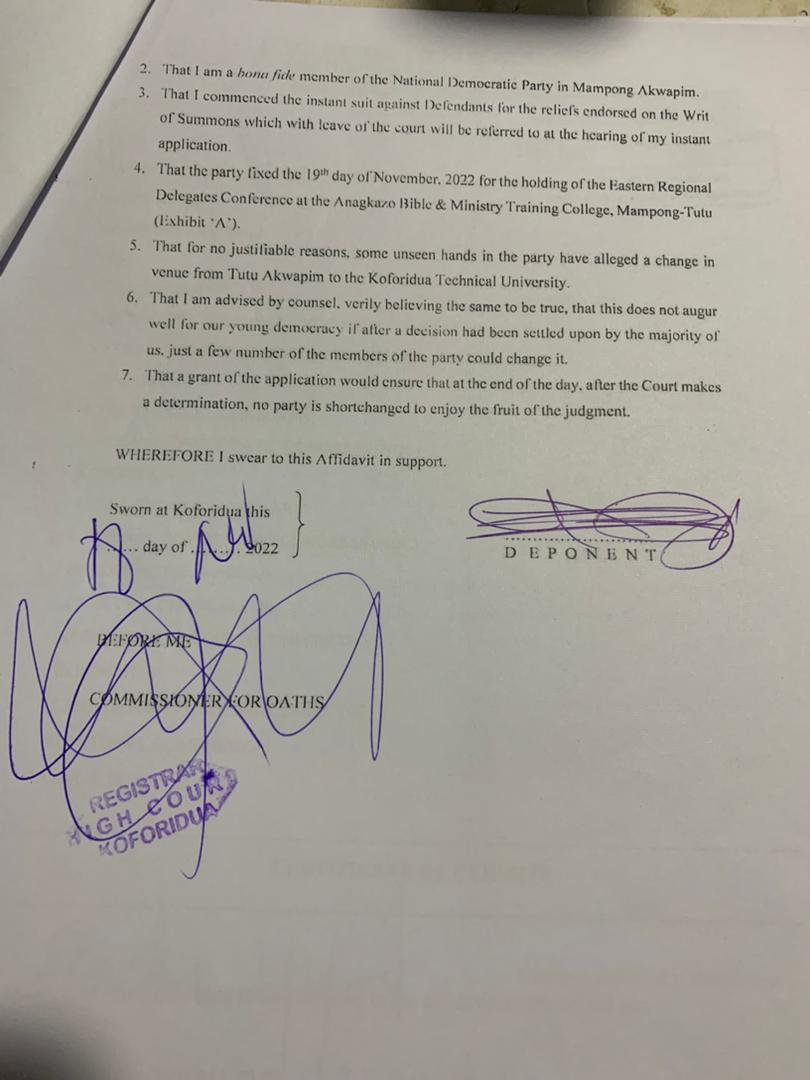 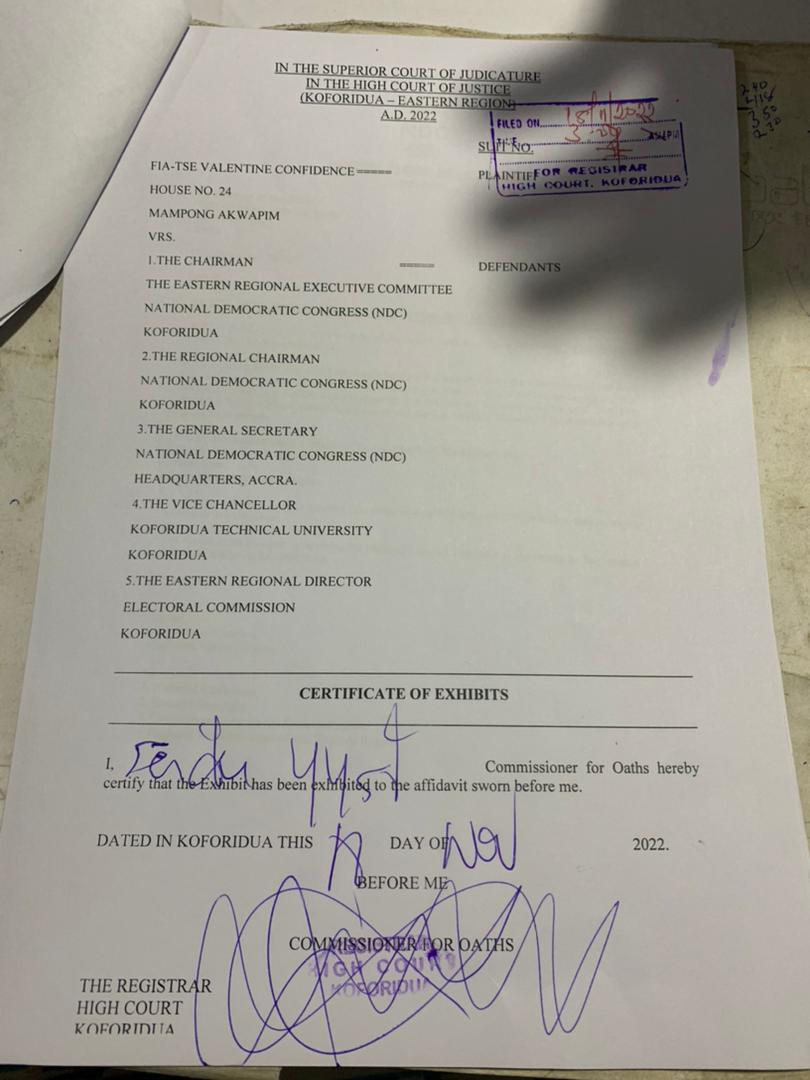 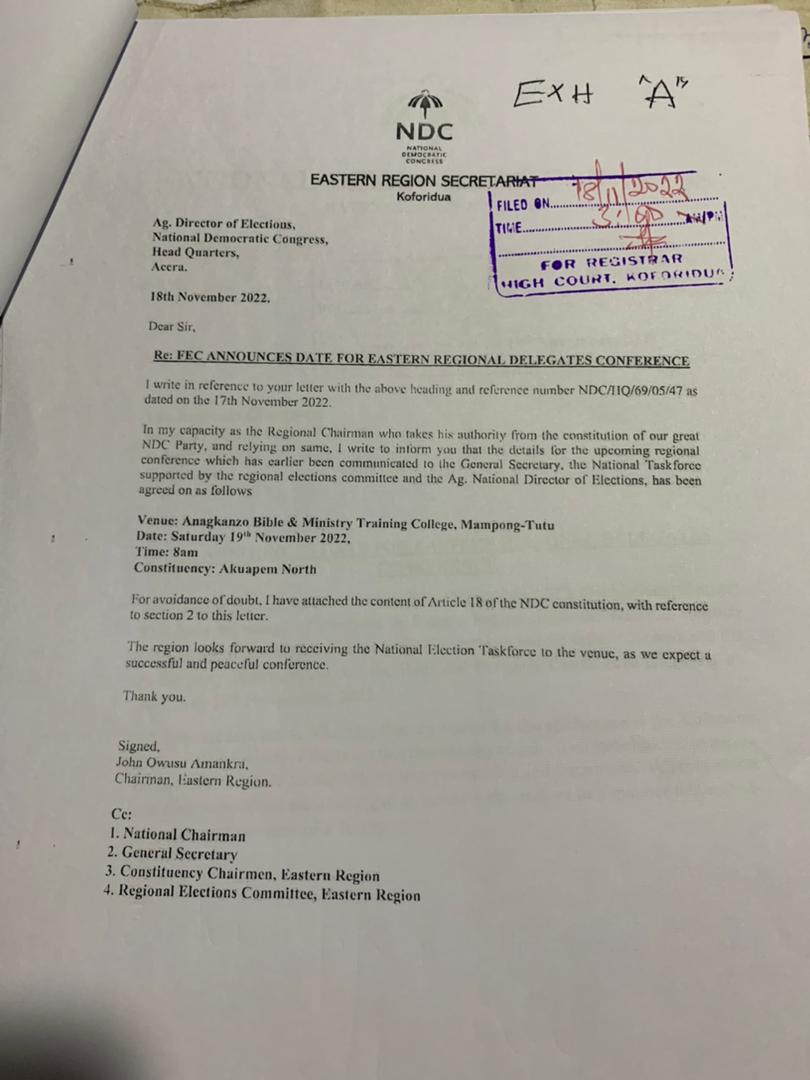 I have never misreported data to Parliament – Ofori-Atta