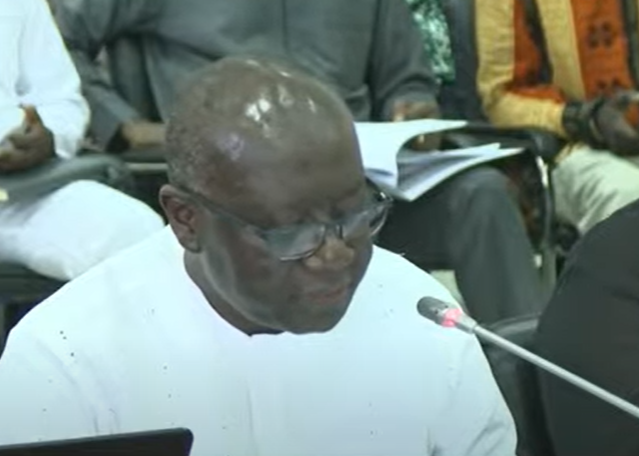 The Minister of Finance, Ken Ofori-Atta, has said that the overreaching focus of the president Akufo-Addo government has been to do their utmost to make lives better for the citizens.

Appearing before the Adhoc Committee of Parliament hearing the censure motion brought against him, Mr. Ofori-Atta said maintained that the government is committed to improving the lives of Ghanaians.

He assured the committee that his written responses are aimed at establishing the truth.

He said the motion contained disparaging remarks that attacked his integrity and he vowed to help give Ghanaians a balance views of the issues.

“Hon Co-Chairs, during the course of my remarks this morning, you can expect forthrightness. The proponents’ motion of censure has accused me of many things and includes some very disparaging remarks and attacks on my person and integrity. I am certain that Ghanaians will have a more balanced view of the events that led us here as I take the opportunity to speak to the matters raised,” he said.

Mr. Ofori-Atta stated that his principal reflections were to ensure that by the end of the proceedings, “the truth will have taken center stage.

He was hopeful that that truth would help dispell any unfounded doubts about his motives, competence, and character.

“Before I proceed with my detailed responses, I would like to make a personal comment to the Ghanaian people: Since, the Akufo-Addo government came into office in 2017, everything we have sought to do was aimed at making the lives of the people better.

“We have been focused on this vision to improve lives and in the first four years, our efforts were leading to a realisation of the vision,” he said.

Mr. Ofori-Atta used the opportunity to apologize to Ghanaians for the current hardships being faced by all.

“…Let me use this opportunity to say to the Ghanaian people what I believe, with courage, every Finance Minister around the world may wish to say to his people now: I am truly sorry.”

He continued his opening remarks by outlining the achievements of the government prior to global events that have torpedoed the development agenda.

Petrol & diesel prices likely to decline, LPG to go up