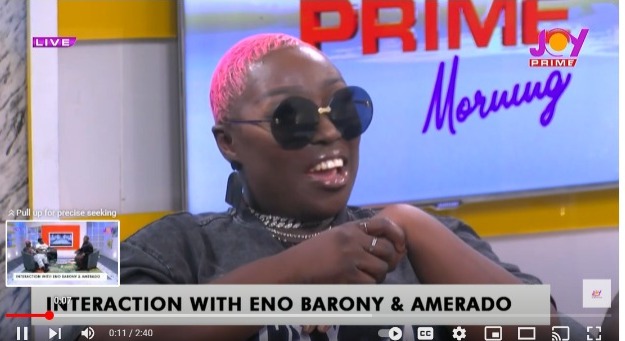 Born to a pastor, she stated that her picture was put before the church and prayed against her kind of talent, as they believed it is not from God.

Speaking to Asieduwaa Akumia on Prime Morning, on Friday, she indicated that her church members thought her music is demonic. They believed she was possessed.

“I remember they put my picture in the church and prayed over it that my music shouldn’t work and nothing should work for me,” she said.

When asked about her relationship with her father, she stated that “we’re cool, though in the beginning it wasn’t easy.”

The hip-hop rapper went on to reveal how she ran away from home to be able to establish her music career.

She said, “I was hiding it in the beginning. I hid it to the point that I couldn’t hide it anymore because I’m on TV and everywhere, and it became an issue. I had to run away from the house.”

Even though she could not listen to secular music at home, she had the ambition to become a rapper.

The rap goddess affirmed that her music career was inspired by Abrewa Nana and Mzbel.

She urged the public to stop judging the secular musicians by their appearance, saying everyone is different in their own way.