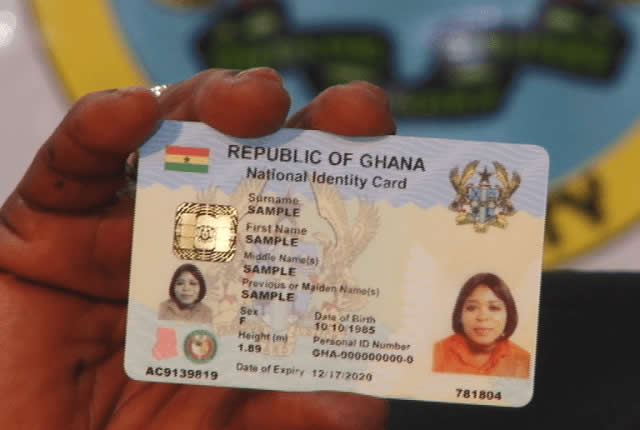 The Executive Secretary of the National Identification Authority (NIA), Professor Kenneth Agyemang Attafuah, says the Authority is poised to clear all backlogs and register new people if the Ghana card will be used for the 2024 general elections.

“There is ample time, there’s solid technology, expertise, leadership and will… If Parliament gives the Electoral Commission the go ahead, we are ready,” he said.

Prof Attafuah said this in an engagement with the media.

“It will be a tragedy if we do not use Ghana Card for election 2024. There’s no reasonable basis for that not to happen.”

According to him, the NIA had registered 17.3 million out of the 19 million projection with ” a lot of those eligible to vote captured”.

The Executive Seecretary noted that those who had not been registered and above 18 years and those who are yet to turn 18 years could be registered in six months.

“… Ours is continuous registration and we have offices in every district and NIA has shown capacity to open additional registration points. These measures will be introduced when necessary.”

Prof Attafuah also said the Authority would begin the registration of Ghanaians abroad in February next year.

He said the registration, a statutory requirement, would be done by Ghana’s missions and at a fee for the registrants.

Prof Attafuah stressed that Ghanaians in the West African sub-region would pay the equivalent of 30 dollars with those in the rest of Africa paying slightly lower than those Euro-American countries.

He said the payment is part of the revenue model that underpins the public-private engagement on the Identity Management System and reason the Authority was able to give out the cards free to Ghanaians in Ghana.

The Authority will also start registering Ghanaians age six years and above and Ghanaians in detention from February next year.

The Authority has started the registration of refugees in the country.

Teachers to return to classrooms today

Government to provide police body cameras to surveil one another